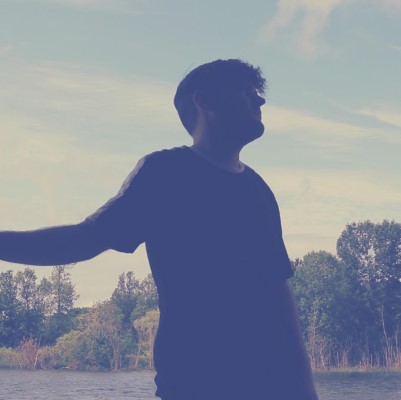 Toronto, ON-based alt-pop artist Josh Tavares recently released his new album, ASHES. The album is about growth. Growing out of toxic relationships, figuring out what you want in life, figuring out what it means to be treated properly by someone, or getting through a tough time and coming out smarter and stronger because of an experience.

The focus track, “Con Man” tackles the social anxiety that Josh struggled with for years. When they re-emerged one New Year’s Eve, it felt like his brain had been temporarily taken over by someone else – by a con man.

Check out “Con Man” below, and find out more about Josh via our Five Questions With segment.

My name is Josh Tavares, and I’m an Alt-Pop artist from just outside of Toronto. I’ve been writing songs since I was in elementary school and putting music out since 2019. When I’m not working on music, I work in the entertainment industry in TV & live music (when COVID wasn’t a thing…)

I feel like my music and the way I write is constantly changing. Now that I have my go-to producer (Aaron Hutchinson), we bounce around a lot of ideas and experiment with a lot of sounds. I definitely lean towards the pop sound in the writing process, but when we start to really get into the production and mixing process, we start to play around with sounds. I consider my music (my new music at least), more of alternative pop.

No upcoming shows just yet. Hoping once COVID gets more under control, I can start that back up. I didn’t actually start performing until just before COVID happened so I’ll admit I’m very much still in the discovery phase of my live performances. But visuals have always been a big thing to me. Being able to connect with an audience as more of a “hang out” with some great visuals and lighting – sign me up.

Oof. It would probably be a song that isn’t even out yet, but between the ones that are already released, probably “tightrope”. This song came together the fastest out of all the songs on the album – writing, recording and production. It’s always had a special place in my heart since I wrote it. (But “Con Man” would be a close second).

Some of my favourite artists are Canadian! I’m currently obsessed with BAD CHILD. I found his song “Blood” on the Apple Music Alt Pop playlist last year, and have been hooked on his music ever since. Some others I love are Jessie Reyez, Tate McRae & Shawn Mendes (his album “Wonder”… I wish I wrote some of those songs). And OF COURSE, huge fan of Avril Lavigne, who was also my first ever concert.