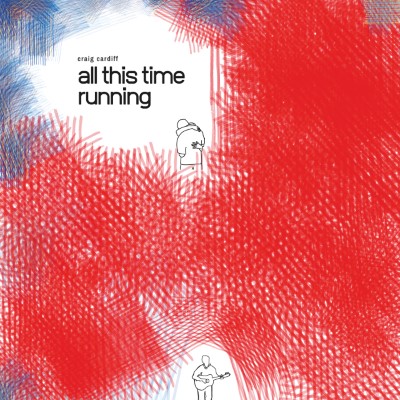 Waterloo-raised, Ottawa-based indie-folk artist, Craig Cardiff sets out on his latest musical journey with his warm and gripping new single “All This This Time Running” ahead of his new album of the same name. The single follows his previous release, “Yellowknife”, which was already received a nomination for Canadian Folk Music Award for Single of the Year.

The three-minute-six-second single is an indirect ode to Cardiff’s long withstanding journey exploring the frontiers of, not only the Canadian, but international folk music realms, while coming back to his roots as a musician. The message is also indicative of our personal journeys we embark upon; always coming back as a stronger, humbler, and wiser version ourselves.

To quote Cardiff himself: “All of the movement and all the activity is only to arrive where we’ve been for a long time — Home.”

“All This Time Running” is a splendid piece laden with nimble frets and melodious keys, accompanied by gentle snares and pleasing plucks of the banjo. The musical elements are serenely aligned with Cardiff’s signature warm, scratched, and mellow voice taking the helm. If the music is the driver, the uncompromisingly human and poetic nature of the lyrics are, undoubtedly, the vehicle for this single.

The single is one showcase of the works featured on the All This Time Running album, which also marks his debut on True North Records.

When reflecting on his upcoming release, Cardiff feels like this collection of material is his most well-rounded and career-defining work to date.

“It’s the biggest thing I’ve ever done,” the humble, soft-spoken father agrees, in a rare moment of pride. “It didn’t start out that way. I didn’t have that scope and scale in mind at the beginning. It just kind of grew that way. It was actually kind of a gift.”

Cardiff credited COVID for how this latest release came to be, while being mindful and sympathetic towards the hardships and uncertainties which the pandemic has caused many the world over.

“I never had time to pause like this before,” Cardiff reveals. “It scared the hell out of me at first. Everything went out the window; we had to rejig and scramble. It was like Mad Max.”

Always being able to find the light in the darkest of situations, he then continues by saying, “It became a positive. We were able to access some players we wouldn’t have been able to otherwise. And the time to sit with the songs and the recordings — that was critical.”

Check out “All This Time Running” below, and stay up to date with Craig via his socials.