Home / Promos / Jason Benoit has released his ’90s inspired single “A Lot About a Little” with an overwhelming response from radio, media and blog outlets

Jason Benoit has released his ’90s inspired single “A Lot About a Little” with an overwhelming response from radio, media and blog outlets 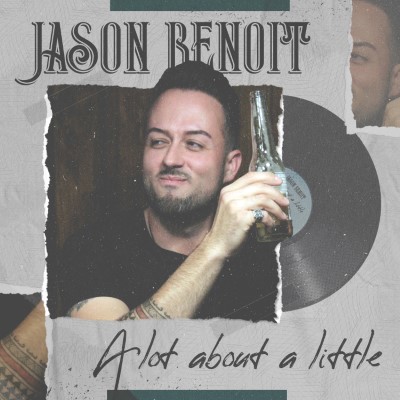 Jason Benoit’s new single  “A Lot About a Little” has that throwback vibe of 1990s and it has the country music community buzzing about what a stellar tune it is. Taking his music in a new direction, he teamed up with multiple CCMA and CMAO Canadian Country Producer of the Year, Jeff Dalziel (who has worked with Washboard Union, David Boyd Janes, Brett Kissel, Meghan Patrick, Nice Horse, and Dan Davidson to name a few) because Benoit and his team felt that Dalziel would be the perfect fit for this project.

With 2020 being a year where artists, including Benoit, suddenly found themselves with more time on their hands, he found himself doing some soul-searching and realized that he wanted to be true to the music he loved. Benoit has been obsessed with the ’90s country music he grew up on, songs with, and that good old honkytonk feel so he finally decided to follow that passion and record a single with influences from his favourite records. And, because of that passion and soul searching, “A Lot About a Little” came to be.

“A Lot About a Little” was written by singer-songwriter, Aaron Goodvin (written for Luke Bryan and Johnny Reid), Greg Bates (written for Montgomery Gentry, Terri Clark, and Nashville TV show), and Faren Rachels. World-class band members from Jeff Dalziel’s team jumped on board to be a part of this song as soon as they heard the demo. It’s just that good!

Download or stream “A Lot About a Little” here.