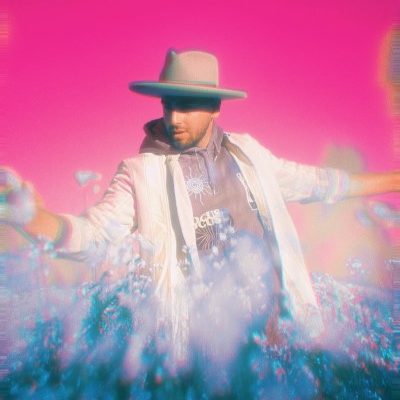 Last time we spoke in 2019, Ruben Young was preparing to release his debut EP “Dreamstate”. Fast forward and he is living the modern-day music dream! Not only has he managed to stay creative & busy throughout the “stay at home” orders over the past year, he’s just released a video for his new single, “Flower Girl”, while managing to become somewhat of a Tik Tok sensation with the song itself.

First off, you’ve created a video for “Flower Girl” that kind of forces the viewer to watch it more than once, what with so much to see! Was this a goal or just a happy accident in the creation?

It’s a whole trip, haha. Glad that’s how you feel. At the end of the day, we just wanted to create a visual that matched the essence of the song, which involves a whole lot. Art is always a bit of an accident tho.

Do you think creating the video while in the middle of a pandemic and all that’s come along with it helped shape the final product or was this a vision all along?

It’s both. We wrote the visual during the pandemic, so since a cast, crew, locations and all of that weren’t options, we had to lean into creativity outside the box. Proud of the team for pulling it off with finesse – this was no basic R&B video vision and it took some serious talent from Jonny J (@jonathanjacobs_) and Sterling (@sterlinglarose)

There are hundreds of Tik Tok videos created with the song; how does it feel to be part of such a huge social media phenomenon?

It’s really special to watch your art become a part of people’s lives. Obviously, TikTok is such a vibrant place for that, and some of the videos were a part of a trend that @realkianareeves started, but so many others were just kids being kids to the song, and that made me the happiest. Music is all nostalgia and, especially during this pandemic, I know I’ve needed it to get through some weird times. I’m glad my music can be a part of their soundtrack.

You saw some incredible traction with your debut EP Dreamstate back in 2019 including on Beats 1 Radio, BBC Radio One Extra, CBC,  and satellite radio across Canada. What do you think drew the music “powers that be” to you songs?

First of all, I’m just really grateful for the support from everyone on that list and the others that have shown me and my music love thus far. How or why they do it is a question that if I knew the answer to, I’d be quarantining on a yacht right now, believe that! For Dreamstate to be my first project and receive that support means something real to me because it’s a project that represents the process of finding myself/sound as an artist. It was like my warm-up tape. I can’t wait to show the world what I can do now that I have found my thing & my sound. To be honest, most of my plays and fans haven’t really come from the “powers” – it’s been a real independent grind without a ton of playlists or any of that stuff, so trust me when I say I’m 10x grateful for the ones who’ve supported the early days

My life has taken a pretty crazy turn in the past few months. “Flower Girl” has opened up some doors that I never saw coming, so right now I’m riding the wave, working harder than ever and beginning in April, we’ll see where it takes us. For now, I can say that a bi-racial kid from Calgary found his escape from the stresses and pressures of life in soul & hip-hop music, and he’s ready to share that. Come say what’s up on IG @therubs for all of it.