Home / Interviews / Meg Remy tackles media and the emotions it triggers in people through her new book of essays, “Begin By Telling”

Meg Remy tackles media and the emotions it triggers in people through her new book of essays, “Begin By Telling” 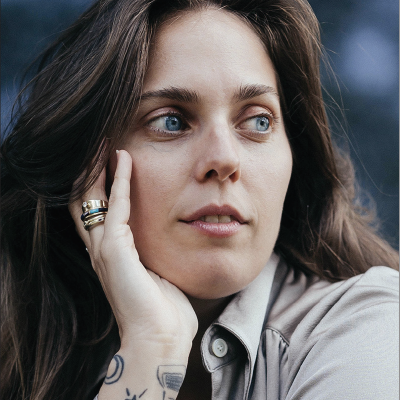 Meg Remy just released her new book “Begin By Telling”. Her work weaves together memories of personal experiences and large-scale historical events of late 20th century America. Readers will find themselves learning about media portrayal and interpretation of events like the Desert Storm, the Oklahoma City Bombing, random street violence, the petrochemical industry, the county STD clinic, and missionaries at the front door.

Also known as the creative force behind the musical entity, the 2021 Juno Award-nominated group, U.S. Girls, Remy has toured extensively, establishing a reputation for politically astute commentary and theatrical performances. She was also named the best live act of 2018 by Paste Magazine. Half Free, her first record, garnered a Juno Award nomination for Alternative Album of the Year at the Juno Awards of 2016 and was a shortlisted finalist for the 2016 Polaris Music Prize. She is one of the most acclaimed songwriters and performers to emerge from Toronto’s eclectic underground music scene.

Combining her passion for music and storytelling, her book offers an immersive experience with elements of music, video, and collage.

On “Begin By Telling”, here’s what she had to say.

I think it was June 2019. My publishers got in touch and asked if I would consider writing a book and I said I had thought about it many times and thought it was something I would maybe do later in life.

What triggered your inspiration?

Reading other books, honestly. Reading a lot about women and about how we haven’t gotten the opportunity to write for various reasons. It got me thinking a lot about how there’s a lot of rules around books. They have to be a certain way or a certain length. So I felt inspired to try to write a book that was kind of a free book that didn’t have any set form and not being embarrassed about it being different or untraditional.

What goal did you have in mind when you started writing?

To try to take things I have experience involuntarily and do voluntary research on those things. So kind of a combination of emotional and maybe more academic, combining those two worlds and seeing what happens. I tried to back up my emotion by gathering other people’s stories and statistics to show a broader picture.

How did you intertwine music, video, and collage?

There are sections that talk a lot about TV, describing what’s on a TV screen. There are sections that are written in script form, which is a form I’ve used on my album covers before. They’re little skits that I’ve scripted out and things like that. It’s just a different way to consume dialogue. There are illustrations in it as well. I just really didn’t limit myself. Especially the time we’re living in, we’ve all seen so much on the internet, I think we can handle a text changing every few pages.

How did you intertwine personal experience with historical events?

I first started by talking about how I experienced them, which is mostly through TV.  I know my own experience, I know what happened to me. So that was easy to write. Then the next step was, doing a lot of reading and research and revisiting those events. That made me remember other things and connect the feelings that I felt in my body watching something like 911 happen or the Oklahoma City bombing. When I was, I didn’t really know what was going on, but I felt it. I felt something in my body. So the main text is my perception and how I digested an event. But then it’s an objective and filled with quotes woven together. It can be scary to tell your own story so I think I wanted to have all this backup research and sources to help support me.

How do you distinguish your passion for music and your interest in novels and social justice?

I don’t really see too much of a difference in any of the things that I really enjoy doing. I made some time ago when I was a teenager, something that I wanted to live a varied life. I was very drawn towards expression that manifests itself through artifacts. So writing the book and making an album are kind of similar. You have to be self-motivated and have something that you really want to say. I found I have to really want to do something in order for it to come to fruition. If I don’t want to do it, or I’m doing it for money, the process isn’t going to be very stimulating. For me, the process is kind of the best part. My least favorite part of putting out any sort of artifact is that we live in a world where now it has to be sold. I just really enjoy making things. I like motivating myself and checking in with myself.

Why do you think the media can be problematic?

The media can only tell so many stories, right? When you look at an interview, someone’s interviewed for an hour and it gets condensed to a five-minute segment. So I think the media just simplifies things in a way that I think is dangerous. Our lives are so gray. They’re not black and white. The media is portrayed as the only tool we’re given these days to try to understand ourselves or the world or what’s going on. I think the media is problematic in so many ways and there’s a lot of me reflecting in the book.

What makes the book a “literary salve for the feminist psyche”?

I would say it’s not just for the feminist psyche, I really wrote it with just people in mind, all human beings.