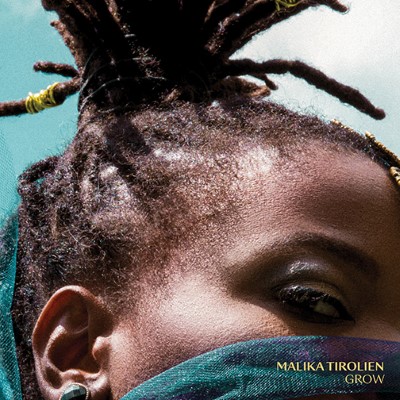 “This song serves as a reminder to enjoy the process wherever you may be in your life,” Tirolien shares. “It’s about doing the best you can with what you can control.”

The fourth single to land from the Montreal-based artist’s newly released sophomore album, HIGHER, the 11-track LP is the second installment in her tetralogy marking the elements of Earth, Air, Fire, and Water. The series’ premiere offering, 2014’s Sur La Voie Ensoleillée, saw Tirolien’s powerful sonic poetry explore themes surrounding the Earth — it was about roots, and feeling grounded, she says, whereas HIGHER arrives as more spiritual and cosmic.

“HIGHER is like a map through the world of somebody’s mind,” Tirolien continues. “I see that person as a Black woman navigating between being a warrior, and wanting to cultivate her loving side at the same time. She’s struggling to find balance between her will to fight, and her surrender to love… The necessity to stay grounded, and the calling to elevate and fly.

“Her journey, which started with Sur La Voie Ensoleillée, is continuing with HIGHER — but she no longer walks, she levitates.”

Check out the live video for “GROW” below, and find out more about Malika via our mini-interview.

I’m an “artivist” from Guadeloupe based in Montreal. I come from a very artistic and socially engaged family and I am in love with music and art in general. I just released my new album HIGHER, the second installment of a tetralogy that fits into an elemental theme, that I co-produced with Michael League, who is for me one of the most prolific and talented producer, composer, and musician right now.

Tell us about the recording process behind “Grow”?

Fredy V. (Artist, Producer, and Musical director from Montreal) and I wrote this song several years ago. The version we wrote together was different but it was still the blueprint of what the song has become on this album. It was meant to come out on my debut album Sur La Voie Ensoleillé (2014) that I originally wanted to be a double album because of the different styles and directions of the songs I was writing/co-writing. In the end, I chose to make a tetralogy instead of trying to fit several albums into one. A few years went by between the two albums, years that were spent growing and changing through collaborations, tours, and me being a part of Michael League’s new band BOKANTÉ as a lead singer. All these experiences made me well…grow a lot (hahaha) and I wanted this to be represented through the new arrangement of GROW so I added new chords to the pre-chorus and chorus, rewrote the lyrics of the second verse, and changed the bass line of the song to make it funky in a more modern way. I brought this new arrangement to my Montreal band and we recorded our rehearsal as a demo that I submitted to Michael League. He sprinkled his own sonic arrangement on it and asked a stellar band including Charles Haynes (Kanye West, Lady Gaga), Jason Lindner (Lauryn Hill, David Bowie), and Frank Locrasto (Nicholas Payton, Breasfist) to record it as the final version.

– BOKANTÉ was nominated for Best world album at the Grammys for our second album “What Heat” (2018) in collaboration with the Metropole Orkest! It was a dream come true for me and my parents flew from Guadeloupe for the occasion.

– Jacob Collier chose me to be a part of his new touring band for his most recent album Djesse volume 3 (2020) that is nominated for Album of the year at this year’s Grammy awards!

– Last March, I was about to embark on the longest tour I’ve ever been a part of and my family flew to Montreal to help me prepare and got stuck for almost 5 months because of the pandemic! It was the best 5 months I’ve had in years. It made us even closer and we are already pretty tight!

– I released RISE, the 1rst single from HIGHER, in the fall 2020 and launched my new series of interviews called Rising Conversations with it. My first guest was political columnist and activist: Kemi Seba. The song and the interview theme are very timely, with all the social movements that have been rising for a while and it made me feel like I was a journalist of our time, which is what Nina Simone thought artists should be.

I feel very blessed and grateful to have an amazing team pushing this new album and all it represents and I hope we can harvest the fruits of all the work we sow. I hope this album will touch, motivate, heal and inspire as many people as possible. I also very much hope to tour its music as much as humanly possible if the situation permits it.

Yes! So many!! But the supreme artist I would love to collaborate with is: Kendrick Lamar. Pretty ambitious but my dad always told me to always “Shoot for the moon. Even if you miss, you’ll land among the stars.”