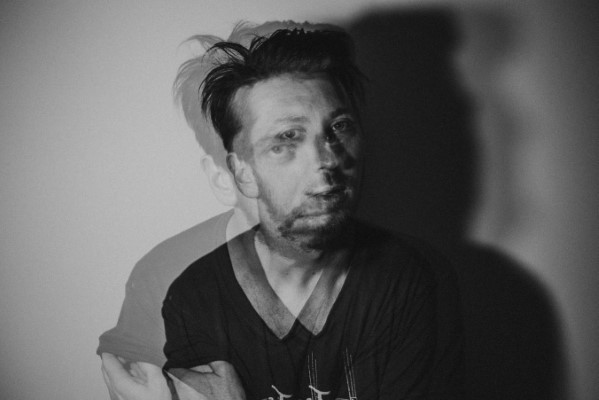 After the successful release of his debut solo EP, taking a break from music, selling all of his belongings, trading in his home for a set of wheels, and traveling across Canada with his young family, foot-stompin’ rootsy blues singer/songwriter Jay Pollmann is ready to share his stories in song, a more mature robust sound from his previous EP.

The first single from Pollmann’s upcoming album, One Day Older None The Wiser, “In The Land Of Standing Water” is a track inspired by the idea of leaving behind something and somewhere safe. In this case, it was leaving behind his family’s home in Ontario to experience a sense of freedom/living while traveling together across Canada. The land of standing water and sunken cars is a reference to the mostly flat landscape and population of Ontario. This is the story of taking a chance, trading possessions for experience, to rule the open road, and find a home (with wheels) wherever that may be.

“This is the one song that I felt like I hadn’t found the final song structure to when taking it into the studio. Aaron wanted to leave it as it was written and let the studio magic happen, which I most certainly think it did on this one,” Jay explains. The song features producer and pedal steel heavyweight Aaron Goldstein, brother Eric Pollmann driving the bass line, Dani Nash on drums, and Jesse O’Brien on piano, it’s certainly a nod to the sound Jay is known for with his previous releases. “It builds to a bigger place musically,” said Jay. “Back in the days of playing live shows, folks seemed to always connect with this one especially and the story behind it. Each time I come back to listen to these new songs on the album, I always start with this one.”

Since his last release and the shows that followed, Jay Pollmann fell into a nonmusical place taking a factory job to support his family and leading somewhat of a normal life. In late 2018 he quickly realized that lifestyle didn’t suit him or his family, he quit the factory job and the security of the benefits and pension that came along with it, sold his house and all of his family’s belongings, renovated a travel trailer and began traveling full time with his wife and 3 little guys all throughout Eastern Canada in 2019, playing shows along the way. Making it as far as Cape Spear in NFLD, crossing the island 2 times, they ventured back to Ontario and settled for the colder months in a familiar place. In that downtime, still full of inspiration from the travels, the musical fire was re-lit. Jay wrote and reworked 10 songs, took them into the studio, and recorded One Day Older None The Wiser.

Jay found himself back in the studio in early 2020 to record a full LP, once again with Aaron Goldstein behind the controls. Session players included Dani Nash, Steve Marriner, Carleigh Aikins, Eric Pollmann, and Jesse O’Brien.

I can personally say that this single had me tapping my feet, and singing along. It’s got an infectious beat, and the lyrics are the type you just can’t help belt out. If the rest of the album is anythign like this track, we’re all in for a real treat. Check it out below, and stay up to date with Jay via his socials.

Jay Pollmann · In The Land Of Standing Water And Sunken Cars

Related Itemsbaseline musicCanadianfeaturedIn The Land of Standing Waterjay pollmannOne Day Older None The Wiserpremiere
← Previous Story Alan Doyle Announces New Ep, Back to the Harbour Out May 21 with Cover of “Leave Her Johnny”
Next Story → Serlin Greaves reflect on emotions in a Digital Age with new single “Teenage Heart”