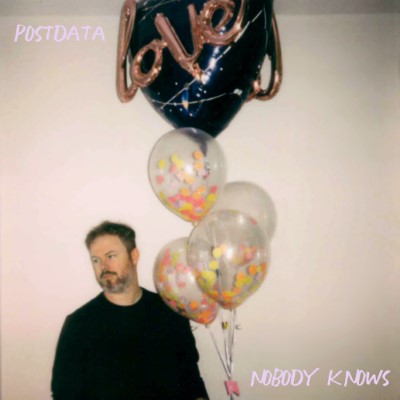 POSTADATA has announced the release of “an eerily charming take on a socially distanced performance video for his most recent, jangly ode to imperfection, “Nobody Knows”.” This single release came shortly before the release of his forthcoming new album, Twin Flames, released on March 5th, 2021.

POSTDATA is the solo music work of Wintersleep’s Paul Murphy.

The single, “Nobody Knows”,  is described as a song that “is an infectious late-night kitchen-party acoustic bop that finds Murphy rhyming off a laundry list of his faults and failings.” To add more of a kitchen-party feel, Murphy is joined by a backing course line of friends and family on the second verse with “affirmations of ‘Not good!’” With respect to the writing of the track Murphy says, “I wrote ‘Nobody Knows’ on a sunny afternoon – one of those songs that just comes easy, all the lyrics and melodies done in a few hours. I think lyrically I was making light of the fact that I often don’t feel comfortable and content in situations, looking at the negative side of things, when there are so many positive ways to look at life. I think in this era of social media where people feel the pressure to present their lives in the most perfect light, it felt like a really appropriate sentiment, a little bit of a bite back.”

The video for “Nobody Knows” was created with an “abundance of caution”, yet “playfully packed with an ominous overtown of how live performance has to be in the wake of this past year.” According to Murphy, “During the first lockdown, when I was gearing up for planning the video, my brother Michael and I were talking about performance videos and the general weirdness of them, but then about how it’d be kind of interesting to try one with all the COVID protocols in place. So, I think it started as a dystopic idea for how shows in the future would be or something to that effect. Chris (Mills, the video director), loved the idea and thought he could expand on it with different visual techniques. We made some dialogue for it. Planned out scenes. The only issue is that we couldn’t travel to actually be in the same room to do it.”

To bring this video idea to life

“I got to explore some abandoned parts of Toronto with this monstro zoom lens, and imagine Paul, Mitch, and other cool folks shooting and playing different kinds of ‘social distancing shows’ in these spots with this ‘scrapbook’ stye approach to this project. There were these little glitchy moments throughout the video, and it felt like a loving, Kintsugi style approach to fill in these spaces with the most important heroes on the planet right now: Nurses, and people in PPE. What a fun, loving, and nurturing project and song,” explains Murphy.

The March 5th release of  Twin Flames is one that was recorded and co-produced in isolation by Murphy in Halifax/K’jipuktuk  and with Ali Chant in Bristol, UK.  Twin Flames is described as “a breathtaking and introspective new album, brimming with deep wonderings and intricately excavated soundscapes.” Complete with “intricate sounds, soft things ruffling on the edges, emerging in the choruses, rising in the quiet and the subdued spaces. Murphy has, with this third LP, crafted the most intimate and timeless POSTDATA record yet; a bright, compassionate text of major-key romanticism.”

The track has already been picking up features and air time. Along with the album, Twin Flames, being included on Exclaims!’s list of one of their ‘Most Anticipated Albums of 2021’. Make sure to check it out!

Related ItemsFreshly Pressed PRNobody KnowsPOSTDATATwin Flames
← Previous Story The Dirty Nil release fan fuelled video for “Elvis ’77”
Next Story → Alan Doyle Announces New Ep, Back to the Harbour Out May 21 with Cover of “Leave Her Johnny”