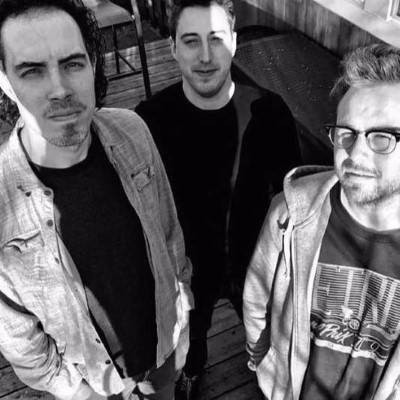 Niagara, ON-based rock trio, Real Kevin has recently been voted into the RockSearch competition in Niagara and released a double album, Ninety Four.

Now they have unveiled the brand new video for their newest single, “Tired”, which is an homage to “Bastards of Young” by The Replacements.

“This was originally written from the band perspective of those far, overnight gigs where we’re playing in dives and being apart from everyone. But it has a broader meaning of wondering if what you’re doing with your life is truly worth missing out on being home. We wrote, recorded and produced our new double album “Ninety Four” ourselves.”

Check out the video for “Tired” below, and find out more about the band via our Five Questions With segment.

We are Real Kevin. Three friends from Niagara, brought together by our shared love of the music we grew up on. Jay Knelsen (vocals/guitar) and John Fedchun (drums/vocals) have been playing in bands together since high school and we found the perfect fit when we met Dan Hyatt (bass), who is really the glue that holds this thing together. We’ve been playing around Southern Ontario for the last 2 years, writing and recording together, and are just looking for any opportunity to get to play and prove ourselves.

All three of us grew up on ’80s and ’90s alternative, with our parents exposing us to 60s and 70s pop. This has all kind of been dropped in the blender and has us writing music that is grungey-garage post-punk in tone but has a strong west coast pop influence on vocal melodies and song structure. Trying our best to put simple catchy songwriting in a scratchy, fuzzy coat.

We actually ended up writing, recording, and producing our new double album (Ninety Four) ourselves during lockdown. There were lots of virtual meetings and waiting for files to upload so we could send our parts to each other, but it was a lot of fun and a great way to keep busy. It gave us some sort of normality to have a project to work on while we couldn’t gig or rehearse.

Our double album features one side that leans towards our more 80s alternative, garage rock, and proto-punk influences while the other album gives in to our love of 90s grunge. I think a song that does a pretty good job of walking that line is “Don’t Call Me On The Phone” as it kind of blends a rough garage guitar tone, a rhythm that kind of chugs along, and vocal melody and harmony that are heavily influenced by 60s pop.

We’re really big fans of Sloan. The songwriting and musicianship are incredible and they always put on a great live show. Tragically Hip is an obvious choice, Canadian summers wouldn’t feel Canadian if you didn’t spend a few nights around a fire singing most of their catalogue. Just about every Canadian that owns an acoustic guitar knows the chords to Bobcaygeon. Arcade Fire has found a way to change and develop over each album and still put out amazing music for almost 20 years now. With that many people on stage, every gig looks like a party. Any list of great Canadian bands would be incomplete without mentioning The Band. Every album seems to have that feeling; everyone is playing off one another and folding their parts into each song. Like someone just stuck a mic in a room while they were jamming.