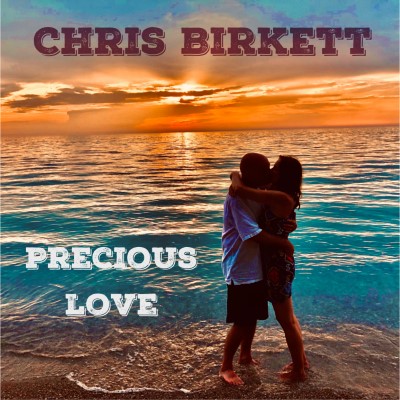 Written with his muse in mind — his wife, documentary filmmaker Joan Prowse — the newly released song floats forward this month ahead of his forthcoming albums, Songs from the Kauai Hotel Room, and a collection of fun-loving songs with his new collective, The Happy Campers.

“I was performing in concert at Massey Hall with Buffy Sainte-Marie, when I met this attractive woman with a radiant smile,” Birkett recalls. “It was Joan, and she had made a documentary film about Buffy.”

A few years onward, the pair agreed to exchange Valentines in Paris — where Birkett was living and working at the time. “I was smitten by the love bug on this second meeting,” he shares.

Decidedly so: he proposed to Prowse the very next day.

“We were married at Metropolitan United Church, near where we first met,” he details of the downtown Toronto parish mere minutes around the corner from Massey Hall. “I wrote ‘Precious Love’ to celebrate our relationship, ten years after meeting up in Paris.

“It underscores how positive feelings can grow, and how love can transform people; people are precious, and relationships are the foundation of humanity.”

The song features some of Toronto’s finest musicians, including Bill King on keyboards, Gene Hardy on sax, Paul DeLong on drums, and background vocals from Taylor Abrahamse.

Check out the single below, and find out more about Chris via our mini-interview.

Hi, I’m Chris Birkett, originally from the UK but now a happy Canadian citizen. I’m a singer-songwriter by DNA but spent many years as a producer helping artists like Sinead O’Connor, Buffy Sainte Marie, Steve Earle, Talking Heads, Alison Moyet, and many more with their dreams. I arrived in Canada in 2012 and decided to get my own songs off the back burner so released my debut Canadian album called ‘Be Creative’ featuring some of Canada’s finest Like Rick Emmet, and Blue Rodeo’s Glen Milchem. I have 2 new albums cooking right now and my first single from them is Precious Love, out now.

Tell us about the recording process behind ” Precious Love “?

Being a multi-instrumentalist and producer I normally play all the instruments on my records. But on this new one, I wanted A-Team players. Bill King on Keys, Paul DeLong on Drums, Gene Hardy on Sax, and the amazing Taylor Abrahamse on background and ad-lib vocals. Every one recorded at home and sent me their performances on full quality WAV files and a performance video. So we managed to make an awesome recording, even during the Covid Lockdown.

I got my Canadian citizenship on March 5th, 2020, just before the Covid Lockdown. I have been waiting 8 years to become a Canadian.
The other wonderful thing that happened. A proliferation of great songs came out of me because the isolation gave me precious time to write them.

This year I want to release 2 albums:
1. Songs from a Kauai Hotel room. All songs were written in my hotel during the recording of Buffy Sainte Marie’s latest album Medicine Songs.
2. A fun project to raise the spirits of any listener called ‘The Happy Campers’ An album of songs carrying truth in an ambiance of humor.

I am planning a few collabs. First Nation Elder Duke Redbird is a formidable poet and has expressed interest in putting his poems to music. I’m also doing another record with Buffy.