Home / Promos / Brittany Kennell releases new single and music video SPADE, a face to face song calling out honesty, vulnerability and saying it like it is.

Brittany Kennell releases new single and music video SPADE, a face to face song calling out honesty, vulnerability and saying it like it is. 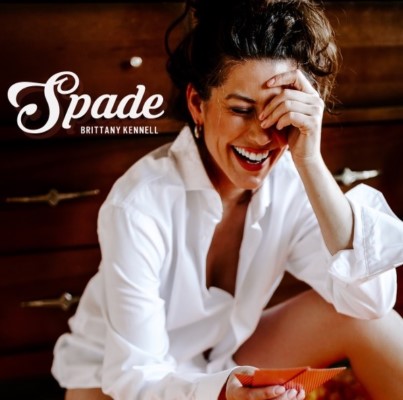 Brittany Kennell has released the new single “Spade” alongside the accompanying music video. The new song is off of Kennell’s long-awaited debut album which will be coming out later this year. “Spade” stays true to Kennell’s messages of honesty and empowerment with the new song that calls out the players, the liars, and the cheaters.

“Spade” follows the release of the popular singles “Eat Drink Remarry,” “You Don’t Get Me Stoned,” and “Drunk Lips.” Written by Kennell and Tori Tullier, “Spade” is available now on all streaming platforms. You can check out the music video on YouTube below.

“I wrote this song with my friend Tori Tullier, who I met when I lived in Nashville. We had been recently going through similar dating experiences – realizing that people have a really hard time being honest with their intentions. This song not only holds the other player accountable but both parties involved. By giving ourselves higher standards, it shows the respect we have for ourselves, in hopes that it will be mutual.” explains Kennell.

“Spade” fits perfectly with the theme of modern relationships and the artist’s message of honesty with her new songs. With a sound very much inspired by Miranda Lambert, “Spade” is Outlaw Country meets Shania Twain with a little classic rock edge.

Check out the new song “Spade” on all streaming platforms and the music video here.