Five Questions With The Sarandons 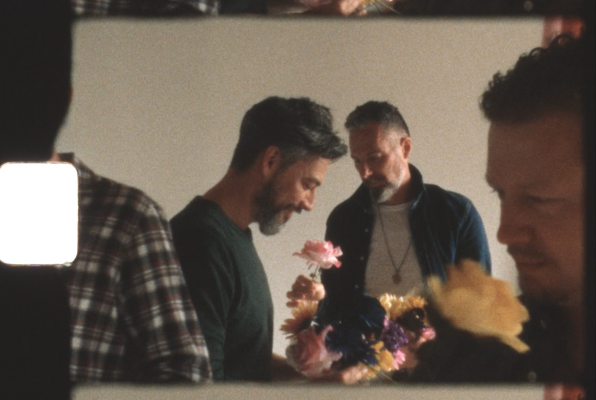 “This past year has been the ultimate test of whether familiarity breeds contempt. When you’re marooned at sea together, all sorts of things start to creep in. More insidious than contempt, the people we’re locked in with start to become another piece of furniture in our lives. Days are on repeat and it’s the struggle against these enemies that we tried to capture in this song.”

Check out the single below, and find out more about the band via our Five Questions With segment.

Hey folks! Dave here from The Sarandons. We hail from Toronto. We love bands like Wilco, Kurt Vile, Dr Dog, and Cage the Elephant, and their influence is definitely in our brand of rock & roll. We’ve got some Americana, neo-psychedelia, and indie rock in our sound. We’re a fully collaborative five-piece with Damian Coleman (vocals, bass), Edmund Cummings (vocals, keys), Craig Keeney (lead guitar), Phil Skot (drums, percussion), and me, Dave Suchon (vocals, guitar).

We try to keep songs loose and lo-fi and we tend to edit and arrange towards a 3:00-3:30 runtime. Dripping guitar tones, billowing keyboard melodies, and defiant bass and drums all contribute to the texture of our sound.

Songs are bittersweet, rich with nostalgia and wordplay, and tell stories that are familiar but just out of reach. We write as a unit and songs never come about in quite the same way twice. Lyrics often come as we’re developing the songs. We document everything so there’s usually lots to go back and reference. So many times those instincts- the words that just came out in the moment (or what I hear in those words after the fact)- develop into the words for our music.

After listening to 30-40 demos our producer Dan Hosh asked us if we had anything more melancholic to round out the EP. He heard ‘Caught in a Dream’ and asked us to develop a new chorus. Dan insisted the original chorus be used for the verses and that we track it to follow the demo note for note. Lightning struck and within a few days, all the pieces fell together.

Let’s hope there are some shows in the not-to-distant-future! But right now, we don’t have any live shows planned. So you’ll need to take our word for it – we’re a lot of fun live. We’ve got three vocalists, Damian, Ed, and me,  which means some killer 3 part harmonies. Ed’s keyboard rig and Craig’s pedalboard take the audience to some pretty amazing tonal places, while Phil and Damian deliver some heart-pounding rock & roll. We are planning to release a live video performance of the EP so you’ll be able to see it for yourself soon enough!

Can’t do it! I’ll go with 2 based on mood. It’s winter, we’ve been in various stages of lockdown for over a year and if you’re feeling all that then commiserate with ‘Caught in a Dream’. However, if you’re looking for something to escape your mood (and to get you dancing!) try ‘Lately, I Believe’- releasing March 26.

We recently contributed to Nova’s Junction Review- the Neil Young Tribute and we took on some deep cuts (‘See the Sky About to Rain’ and ‘Barstool Blues’). If that tells you anything – we’re reverential to Saint Neil. Not exactly a “current band” – although he’s still producing cool music – but always current for us. Beyond that, The Tragically Hip – especially some of their more vibey stuff like ‘Escape is at Hand for the Travellin’ Man’ and the late-ear gem ‘Morning Moon’. In particular, I think Gord Downie ranks with Dylan and Paul Simon as one of the best lyricists in music.