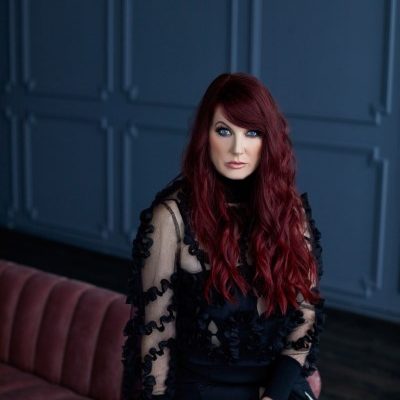 Sydney Blu is kicking off the year with her new single, “Monologue”.

The lead single is a glimpse into Blu’s upcoming album Conviction, which will be ready to stream on March 12. The album will be her first full-length release since 2015’s Relentless.

The Canadian triple threat — DJ, producer, and record label owner — has been a part of the music scene for more than two decades. She began creating electronic music back in 2000 and hasn’t stopped creating since. Through the course of her career, she’s held residencies at 15 clubs in Toronto and performed for audiences in festivals around the world — including Miami Music Week and Berlin’s Sisyphos.

When she wasn’t working closely with powerhouses like DeadMau5 or Kevin Saunderson, she was creating her own unique sound. In 2019 she crossed the ocean and planted roots in Berlin, eager to soak up the electronic music scene.

We caught up with this Canadian triple threat to talk about her love for electronica, moving to Berlin, and the process of creating her new album.

You started making a name for yourself in the world of electronic music back in 2000 — how did you find your way into this genre? And where did that desire to make it a career come from?

While studying at Algonquin College in Ottawa in 1998, I was invited to an underground dance club called Atomic. This nightclub was a legendary Ottawa venue that played some of the best music I’ve heard in my life. I remember walking into the main room for the first time and seeing a Dj playing vinyl turntables on a stage at the back of the dance floor. The crowd was hypnotized by him. This was my first encounter with electronic music and it was a moment that changed my life forever. I went to this club every weekend for two years and eventually started driving to Toronto and Montreal to go to the top clubs to hear this genre of music and the DJs that played it. It was a very inspiring time in my life and I was so enamoured by it that I ended up wanting to DJ myself.

For our readers who don’t know much about electronic music or what it takes to create these songs, what insight can you give them? Why does this music resonate with you so much?

The way electronic music is made is through instruments on a computer. The instruments are virtual plug-ins on your computer which can be played on a keyboard and make any kind of sounds. The concept of constructing an electronic music song is similar to that of a symphony in the sense that there are 30 to 40 layers of sounds going at once and they all have to be in key and mold together perfectly.

This type of music touches me because of its deep hypnotic elements and it brings people together – electronic music has no borders. Hearing it at a live venue for the first time and being on a dance floor with hundreds of people moved me in a way no other music has before. It’s like the song “House Music” by Eddie Amador, “not everyone understands house music; it’s a spiritual thing, a body thing, a soul thing.”

Can you describe the energy of being in those clubs in the early days of your career?

I bought my first turntables in 2000 and started Djing. I immediately fell in love with playing in front of crowds – I fed off the crowd’s energy and they fed off of mine and it was a mutual feeling. I love connecting with people on the dance floor while performing, it’s a really special feeling. There’s nothing like performing for a packed dance floor where everyone is moving in their own way and being their true authentic selves.

Tell us about your decision to move to Berlin in 2019. How did you come to find yourself needing that inspiration to make music again?

I spent six years in the United States between 2010 and 2016. Afterward, I returned to Toronto and continued to tour North America. It had been ten straight years of touring North America, in every city, many times over. I was looking for a change and to get reinspired musically. I watched Anthony Bourdain’s Berlin episode of Parts Unknown where he thoroughly covered the nightlife scene and how genuine it was. It motivated me even more to make a move and I felt that there was no better city to be completely immersed in electronic music than Berlin. I moved there in mid-2019 to learn more about the cutting-edge sounds coming out of their thriving club scene.

What was the underground scene like in Berlin compared to Canada?

On any given night in Berlin, there are hundreds of clubs playing unique, interesting electronic music. Berlin does not play commercially driven electronic music the way other cities in the world do.

Tell us about the lead single “Monologue” and why it was the perfect choice to kick off the album.

After I moved to Berlin, I wanted to get back into the studio with Fritz Helder, a Canadian artist who I worked with on my previous album ‘Electric Era’. He’s the former lead singer of Azari and III and former choreographer and dancer for Nelly Furtado. After I finished writing “Monologue” I knew in my heart it was one of the strongest tracks I had ever written so it was a no-brainer that it would be the lead single on my new album.

The song is about the internal monologue when going out – should I stay or should I go? Berlin is known for its thrilling all-hours club culture and this a frequent inner monologue that people can relate to. The song refers to the hedonistic lifestyle of the club scene in Berlin.

What was your experience like working with Fritz Helder? For those of us who are unfamiliar with his work, can you tell us what that process was like?

It was an amazing experience working with Fritz Helder on the lead single “Monologue”. I always enjoy working with him. After I wrote the track in a studio session I sent it over to him to write the vocals. It only took us one day to record his vocals in the studio. I also made two remixes of the track which are included in the album. We spent one month preparing for the music video. He’s an extremely talented dancer and I was in awe of him while shooting the video. His dance scene only took him one take to film.

Having taken a few years between releasing your last album “Relentless” and your latest, Conviction, was anything about the production and recording process different? Were there new influences inspiring this album?

My new album ‘Conviction’ is definitely much less about impressing people and selling records because I released it on my own label, Blu Music. This new album is even more true to me as an artist because I took the time to leave North America and study the music that was coming out of the city that is the most highly regarded dance music scene in the world. This allowed me to focus on making music that comes straight from my own unique thoughts and ideas. It’s much better when an artist tries to be authentic vs. making music of what people want to hear. The results can be sometimes groundbreaking for an artist because they aren’t following any sort of expectations which can sometimes lead to discovering a sound no one else has heard before. ‘Conviction’ is an eclectic mix of indie dance, deep house, melodic house, and tech-house, available for download and streaming on Spotify, Apple Music, and Beatport on March 12.

What does the future look like for Sydney Blu? Where do you hope your career will take you next?

I am focusing on continuing to make music and when the world slowly starts to open back up I hope to start touring again. I’d like to return to Europe because I felt like I was just starting to gain traction when the pandemic hit. Also, my record label Blu Music was recently relaunched and I plan to focus and spend more time on this after the release of ‘Conviction’.

Listen to Monologue by Sydney Blu & check out her album Conviction on March 12.