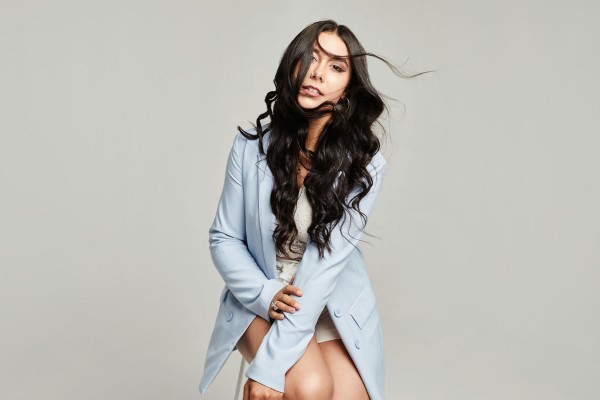 Not many artists (or non-artists, for that matter), can say they found their passion at the age of three. A big exception to that is Saskatoon’s own Shantaia! Now in her early 20s, the artist is finding her footing in Nashville, including with her upbeat new single “Had a Good Weekend”, while also continuing to receive accolades across Canada.

Your new single, “Had a Good Weekend”, is the carefree country-pop vibe the music world needs right now! Are there are artists you’ve been listening to in the last (chaotic) year to keep your own spirits up and stay motivated to continue creating?

There were so many artists, but I absolutely loved the new Kelsea Ballerini album this past year. I listened to it on repeat and was even inspired musically by her album!

Your path to music, for those who don’t know, started at the age of three with singing lessons, followed by picking up a guitar and a pen by the age of nine. Where did that instant love of music come from?

Because I was so young, I don’t really remember what it was that made my parents put me in singing lessons, but I can honestly say music has just been a burning passion and a huge part of my life since I could remember! I guess you could say it’s in my blood!

Having had the chance to open for longtime Country music artists like Charlie Major and Emerson Drive as well as more recent(ish) additions Kane Brown and Chris Lane, who’s on your dream list to open for or even collaborate with?

I would love to collab with or open for Maren Morris or Brett Eldredge as their voices and styles are so inspiring to me, as well as Martina Mcbride or Shania Twain as I grew up idolizing them and their music!

What was the biggest challenge to go from growing up in Saskatchewan to the transition of following your dreams to Nashville?

It’s always hard leaving family and a life you’ve come to know and get comfortable in. But I’ve always been one to push out of my comfort zone because I know the regret of not doing something would kill me. It is extremely scary to uproot your life and leave the people you love but it is all so worth it, and I feel I’m making my loved ones back home in Saskatchewan proud!

There are so many plans! A music video for “Had A Good Weekend” will be coming shortly after the single release, and a partnership announcement coming soon as well! I’ve been writing for other people, but also writing with the hopes of finding more special songs to record for myself this year and release to the world, with bigger hopes to put together a full album for release in early 2022!