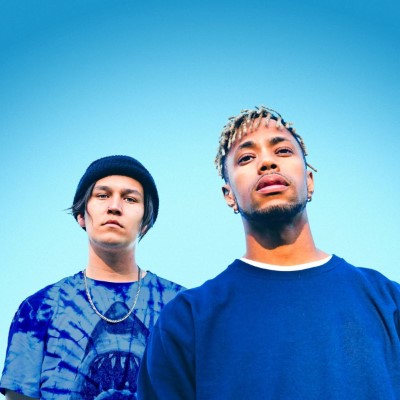 Neon Dreams, the award-winning Canadian duo have released an acoustic version of “Life Without Fantasies,” available now on all streaming platforms and digital stores. The original version of “Life Without Fantasies” first dropped in July 2019 but it wasn’t until the band noticed an outpour of love from South Africa that they officially re-released the single to a new market. The move proved to be a strategic one not just for the burgeoning fan base in South Africa but also for Frank Kadillac and Adrian Morris who have surpassed the sales threshold for another Gold single, quickly making their way to platinum. Neon Dreams first hit Gold with their 2017 release “Marching Bands” featuring Kardinal Offishall.

“We noticed a spike in streaming for one of my favorite songs, ‘Life Without Fantasies.’ We were surprised once we noticed all the streams were coming from South Africa. I had the idea to take my ukulele and sing a stripped-down version of it to say thank you to all our new fans. Within hours of posting to social media the video went viral and our lives would never be the same again.” Kadillac explains.

The 2020 JUNO Award winners for Breakthrough Group of the Year turned the most terrible situation into a positive outcome that was their sophomore album, The Happiness of Tomorrow. Though Kadillac and Morris had dozens of songs written pre-pandemic, the title track was conceived in quarantine and became the spark for the rest of the project. Their latest album includes “Don’t Go Hating Me Now” and “Sick of Feeling Useless,” one of the few songs in recent history that has crossed multiple formats in Canada. The album climbed the U.S. alternative radio charts and went Top 10 on U.S. college radio.

The Happiness of Tomorrow follows their 2019 breakout debut album Sweet Dreams till Sunbeams, which continues to earn the duo new fans, becoming a viral hit and dominating streaming charts in South Africa. You can check out the acoustic version of “Life Without Fantasies” here.