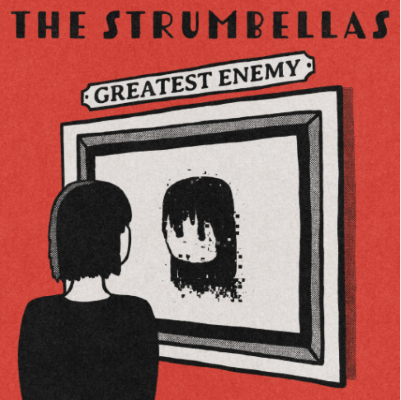 The Strumbellas return with their anthemic new track, “Greatest Enemy,” out now on Entertainment One. “Greatest Enemy” is the first release since The Strumbellas fourth studio album, Rattlesnake (2019). Amidst a slew of tour dates and festival performances all over the globe, lead singer Simon Ward realized that the depression he had been dealing with for the past 15 years was no longer something he could deal with on his own. Ward was hospitalized and placed under doctor supervision. The group collectively decided to cancel its highly anticipated Canadian tour in early 2020, intent on giving its frontman the time and space to heal. We’ve all had some extra time with ourselves this year, leaving few distractions from our own demons.

“Greatest Enemy is about how sometimes the toughest battle is the one you have with yourself. The Strumbellas had a rough start to 2020 with canceled tours and mental health struggles, and then the pandemic happened. This is a song about facing the one fight you can’t run from.” Ward shares.

With the group on hiatus through 2020, Ward spent his time focused on his mental health and finally felt the spark to create music with his bandmates, intent on weaving his personal issues into the band’s music and message. This past November, the band reconnected in person for the first time in almost a year to record their new single, “Greatest Enemy,” a song that Ward had penned with acclaimed songwriter Stevie Aiello (Thirty Seconds to Mars, Lana Del Rey).

The “Greatest Enemy” video was created by Toronto-based animator, Luca Tarantini (Andy Shauf, Brave Shores). It follows the story of a person battling their inner demon as they traverse through a vibrant and perilous landscape.

As a group, The Strumbellas sound invigorated on “Greatest Enemy,” which sees them reuniting with producer Dave Schiffman (Weezer, Tom Petty) who worked with the group on Hope (2016). The song ebbs and flows from contemplative verses to a chorus that explodes like a firework, with Ward carrying the vocal torch in concert with a sea of supporting voices; “Feeling like I can be anything I wanna be, but I know I’ll always be my greatest enemy”

The Strumbellas may be unsure of when they’ll be able to play for their fans again, but there’s a clear spark of optimism surrounding “Greatest Enemy.” They’re intent on making the conversation around mental health integral to their narrative because it’s impacted not just Ward but everyone in the band. Touring and the rigours of the music industry affect everyone, and this year has been hard on artists, producers, engineers, and crew members. Working with the Centre for Addiction and Mental Health (CAMH) for the single’s release, the band is hoping to help raise awareness. You can listen to “Greatest Enemy” here and watch the brand new video below.