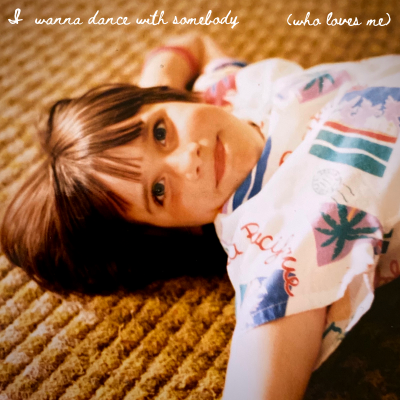 Rose Cousins hasshared her cover of “I Wanna Dance With Somebody (Who Loves Me)” along with an accompanying video for the track. Over the past Valentine’s Day weekend, the Grammy-nominated and JUNO Award-winning songwriter released her special version of the beloved Whitney Houston classic.

“My sister and I made up routines to a fair number of pop songs when we were kids and “I Wanna Dance with Somebody” was at the top of the list” says Cousins. “I know my catalogue leans melancholy but I have a true love for pop music and a deep sentimentality for the hits of the late 80’s and Queen Whitney. This past year has been like no other in revealing who we are when we are alone, how we take care of each other when we can’t be together. The song feels fitting for the time and for my first collaboration with the amazing pop writer, producer and engineer, Robyn Dell’Unto who I’ve known since 2010. She’s incredible and I loved making this track with her. Let’s dance.”

“I think about how we’re so disconnected” explains Cousins. “I get sucked into my phone and forget to go for a walk because of this sense of obligation I have that convinces me to get as much work done as possible. We’re missing what’s actually happening. I’ve been thinking about how we must be getting close to a breaking point.”

Cousins’ previous album, Natural Conclusion, received notable acclaim, including a nomination for a 2018 Grammy Award, a nomination for the Songwriter of the Year award at the 2018 JUNO Awards and three wins at the East Coast Music Awards. Cousins also writes for film and TV and her songs have appeared on the programs Grey’s Anatomy, Supergirl, Reign and Nashville among others. Cousins has shared stages with songwriters such as Patty Griffin, Shawn Colvin, Lori McKenna, Mary Chapin Carpenter, Jann Arden and Ron Sexsmith.

You can Buy/Stream Cousins version of “I Wanna Dance With Somebody (Who Loves Me)” here, as well as watch the new video below.