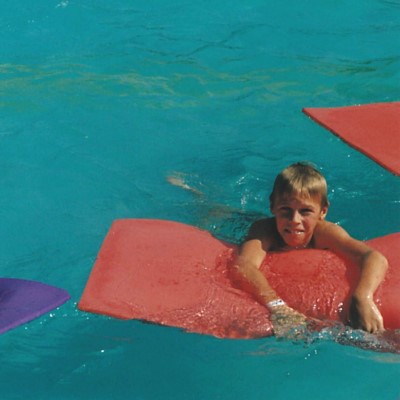 Fredericton, NB-based five-piece lo-fi indie-rock band, Great Danes have teamed up with us at Canadian Beats to unveil their new single, “Czech”, from their upcoming EP, set to be released in March 2021 via the New Brunswick Noise Brigade label.

“‘Czech’ is a punch-drunk love song,” said GREAT DANES’ singer/guitarist Bruce Duval. “It was initially written as a hip-hop song, but as it turns out, it’s a lot easier to write a guitar riff than it is a hip-hop beat.”

“Spit it out I know you’ve got no faith at all / I can’t see straight, I should refrain from alcohol,” Duval wryly sings, on this world-weary indie rock song, replete with a punchy rhythm section, heavily affected organ, and layers of ambient synth. “I’ll convince you to go to the Czech Republic.”

“I visited there in 2013, and years afterward, kept picturing The Prague Astronomical Clock,” said Duval, of the six hundred year old medieval landmark. “I remember walking into Prague Square and that thing going off, it was so captivating to everyone there. The clock is surrounded by figures representing the best and worst of humanity, virtues and vices. It’s also haunted. I thought this was a fitting song to match such an image.”

Check out “Czech” below, and find out more about the band via our Five Questions With segment.

We are GREAT DANES, a five-piece band from Fredericton, New Brunswick.

Most of these songs come from things that have either happened to us or feel like they’ve happened to us on a personal level, if that makes sense. We touch a lot on love and substance use, as well as the anxieties that come with both of those things. The band began as a duo, and the songs that make up That’s Guilt! (our first EP, out March 19 via the New Brunswick Noise Brigade) have been very slowly chipped away at since 2016.

We were fortunate to be able to record most of That’s Guilt! at Fredericton’s Shiftwork Studio when our public health level switched from Orange back down to Yellow, so there’s that. Also, just listening to more music and writing as much as we can. To be honest, trying to create new things in the current moment is a difficult, sometimes impossible task.

We loaded this question a bit, with “Czech” being the first song we’ve shared. It’s also the first song we recorded, and probably our favorite song that we’ve written to date. The lyrics might seem weird, but it’s actually a very personal song that captures both sides of trauma, losing teeth on the softball field, and lost love. All in a tight 2:16 – we’re nothing if not economical.

So far this year, we’ve been enjoying new music from The Weather Station, Leanne Betasamosake Simpson, Kiwi Jr., The Dirty Nil, and more. There are so many truly great bands from Canada, and I think of folks like Attack In Black, The Weakerthans, Wintersleep, Hey Rosetta!, and Mardeen as having had a huge influence on us and these songs. We’re also lucky to live and make music in Fredericton, which is full of great artists you should listen to, including Marian, Pallmer, Motherhood, DenMother, and many, many more.