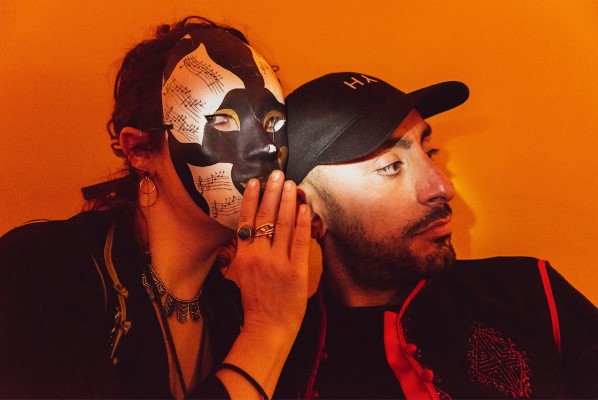 Montreal, QC-based producer Firas Nassri has teamed up with singer Christina Enigma on the new single, “Taksim”. The single appears on the album La Levantine, released on January 8 via Cosmovision Records, and is accompanied by a music video, which we have the pleasure of unveiling to the public.

Nassri’s musical universe is greatly influenced by his Syrian origins. In this latest track, he explores the concepts of identity, culture, and sense of creativity. With his bewitching and electric rhythms, “Taksim” takes us on a voyage filled with diverse influences from the Middle East and around the world. Firas joins the artist rooster of the Montreal-based label and collective Cosmovision Records, project that focuses on the new sounds of Electronic Folklore and Downtempo with great success worldwide.

The song’s lyrics are taken directly from the poem “On Death” by Lebanese-American poet Kahlil Gibran. With her resonant voice, Christina Enigma brings the words to life and takes the poem to another level. The entire work is presented in an experimental music video that you can see below, in which the two artists can be seen performing in complete intimacy.

I am an electronic music producer and musician from Montreal – originally from Syria.

Lately, I’ve been experimenting with fusions of electronic music and traditional Arabic music in my compositions.  A lot of my recent compositions were written with this idea of fusion in mind.

In my past live performances, I always enjoyed bringing elements of improvisation to my songs.

‘’Berlin in the Sand’’; simply because it’s very likely you never heard anything like this song. It’s a pop song with electronic elements, Arabic percussions, and entirely in Cantonese Chinese.

My record label in Montreal, Cosmovision Records, represents many interesting electronic artists from Montreal, like Leonhart or Nat Barrera. Other than that, I listen to De.Ville a lot these days. They make a fusion of jazz, hip hop, and world music that is very impressive.