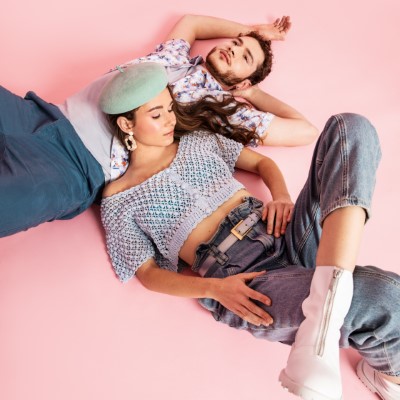 Montreal, QC-based sibling duo, Just Costa gives a not-so-subtle nod to their hometown in their new single, “514” from their forthcoming EP, Peachy.

“The song is a love letter to our city,” says Juliana Just Costa. “We feel so lucky to be from here; people are so unique and open. It’s such a free-spirited place; inspiration can be found everywhere.”

Juliana and Jesse Just Costa, who are very much a product of their upbringing, take their moniker from the combination of their parents’ surnames, and offer listeners a refreshingly sunny disposition and take on life.

The duo fuses Pop, R&B, and G-Funk, resulting in a veritable sonic melting pot that one could easily tie back to the multicultural convergence found in their hometown.

“’514’ is a special one for us, not only because of the subject matter, but because it was the first song we recorded and produced entirely on our own, in our own studio”, remarks Jesse. “We really got to the heart of who we are as artists since we had full creative control”.

“We were creating an ode to the city of Montreal – so fresh, groovy, and upbeat were at the top of the list,” Juliana continues. “We wanted it to feel urban, but also classic. The city is electric, artistic, unique, and home to the stories of more than 3 million people.”

Like the recording, making the video was also very special for the duo as they directed, produced, and edited the video themselves.

“We shot the video all over town, capturing some of our favourite neighbourhoods and landmarks. It was the only way to do the song and video justice,” says Jesse. “We shot the whole video in one 12-hour day, starting up on the Mont-Royal and ending by performing on the water in the Old Port with our band.”

“Montreal’s got no shortage of funky, interesting people, and we met a bunch of quirky characters along the way, some who ended up in the video”, says Juliana. “In the end, we couldn’t think of a better way to pay homage to the city we love.”

Check out the video below, and stay up to date with Just Costa via their socials.