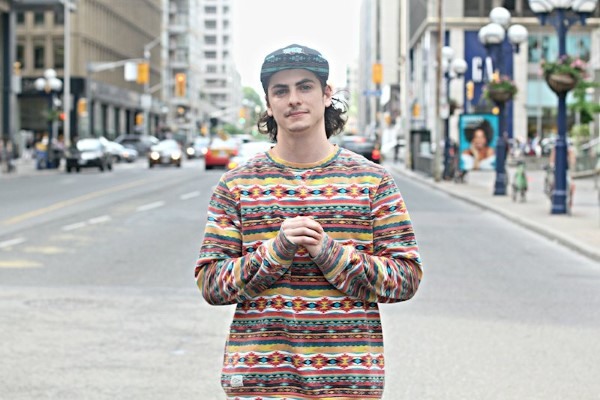 The quick and laidback track has Grandsome reminiscing about his younger days and presents the listener a look into his past struggles through self-reflection.

“It talks about struggles with depression, substance use, and a hopeful outlook on the future,” he says. “I wanted to give listeners a sense of nostalgia and let them know they’re not alone if they’re going through similar things.”

Like his previous single, “Know Myself”, “Youth” is a personal venture for Grandsome and contains spitfire rhyming passages backed up with a compelling lo-fi beat.  He’s the kind of artist who is not afraid to dip his toes into different genres mid-song while delivering soulful, melodic hooks.

When writing new music Grandsome can be influenced by all things in life, big or small.

“It could be as simple as watching a movie and liking the idea of what someone said, so I find a way to turn it into a line. It could also be news I’m reading, what I did that day, or just a burst of creativity.”

Check out “Youth” below, and stay up to date with Grandsome via his socials.

Share this:
Related ItemsGrandsomeKnow MyselfontarioOntario MusicPresstown PRRapToronto ONYouth
← Previous Story Quote The Raven release new single, “Home is Worth the Blues”
Next Story → Nicole Rayy keeps making waves and 2021 is no exception for her as she releases her new single “Sad Song”