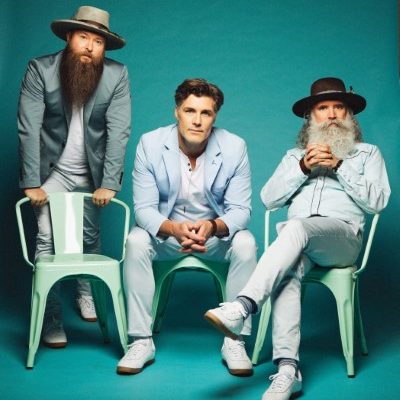 February 23 was double video release day for multi CCMA award-winning country music group and best friends The Washboard Union. These two music videos – their current single “If She Only Knew” and “Never Run Outta Road” have an interconnecting storyline and had the band having loads of fun creating them to counter during what has been described as “these weird times we’ve gone through.” The videos have an uplifting vibe and are centered on having a good time. It’s a brilliant takeaway for us all.

Says The Washboard Union on why they did a double release and the making of the videos (they teamed up once again with director Stephano Barberis on both of the videos),

“A double video release is a first for us as a band and more than anything we wanted to do something special for our fans who have stood behind us through such a strange and difficult time. The young actors in these videos were troopers. It was cold and wet and they brought such magic to the screen. Their professionalism and wonderful chemistry made working with the actors, and this team, so rewarding.  Thank you.”

The Washboard Union on “If She Only Knew:”

“This is a song about mustering up the courage to tell someone special exactly how you feel about them and how they’ve changed everything around you just by being who they are. You may only have one chance to impress the person of your dreams. What would you do to make it count?”

“Imagine someone just handed you the keys to a racetrack and said, “GO.” It was like being in Mario Kart for 12 Hours straight. “Never Run Outta Road” is a wish as much as it is a song about never stopping the journey you’re on and never losing the sense of ‘wonder’ you’re born with.”

Both songs are featured on The Washboard Union’s award-winning album Everbound on all digital platforms, so download it, save it or stream it.

Share this:
Related ItemscountryEverboundIf She Only KnewNever Run Outta RoadThe Washboard UnionWarner Music Canada
← Previous Story elijah woods releases “Good Guys” with Barbie animated visualizer music video
Next Story → With the Release of “Looking For A Lockdown With You,” Canadian Country Community Comes Together To Raise Money for the Unison Fund In Support of The Canadian Music Industry