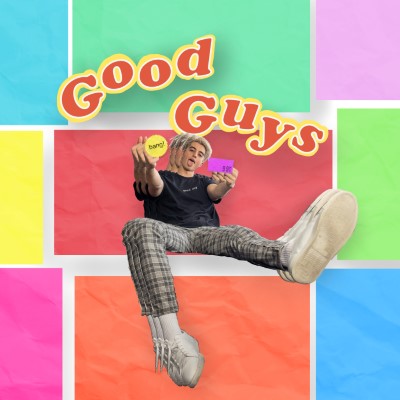 Fully independent, woods creates a world imagined in lower case, with relatable music and radiant confections that are huge and kaleidoscopic – keen to scribble outside of the lines without ever sacrificing pop appeal.

Written, produced, and directed by woods, the video for “good guys” adopts the stop-motion technique using Barbie and Ken dolls to parody the song’s lyrics, and delivers a satirical storyline that finds the Barbies falling for a plastic companion who is clearly not one of the ‘good guys’.

With a pulse on culture and trends in music, woods sparked a viral movement in January, with the release of emerging pop star JESSIA’s hit track “I’m Not Pretty”.  woods co-penned and produced the track which is currently trending on TikTok and sits at over 23+ million streams globally in just 4 weeks.

Fans were reunited with woods’ last month with the release of his current radio single, ‘lights’. With draping themes of knock-kneed love gone sideways across a complex, cinematic instrumental frame buoyed by woods, the track is swiftly climbing the charts at radio with its earworm melody and sticky chorus setting the stage for what is a formidable solo career.