DISHPIT releases video for “This Time” 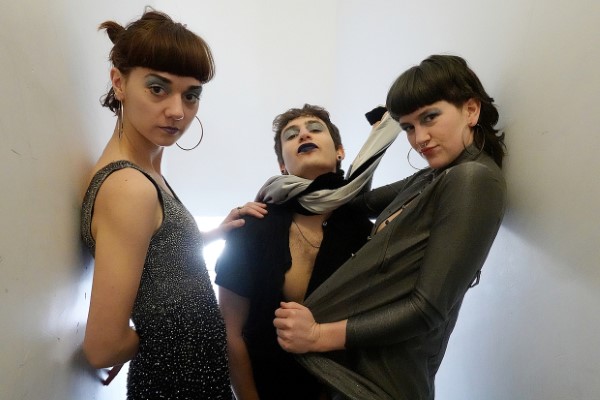 Montreal, QC-based trio, DISHPIT has released their latest single, “This Time”, along with a brutally fun and frigid video. Led by vocalist/guitarist Nora Kelly and bassist Jed Stein, DISHPIT brings an attitude of feminist absurdism to post-punk/grunge in order to take up as much space as possible in a male dominant genre.

“‘This Time’ is the most honest and personal song on the album. ‘How did you know I’d stay silent, stay weak?’ is screamed amidst an ordered mayhem of abrasive guitars and drums. The “Me Too” movement has given widespread attention and support to survivors of sexual assault, who had previously been silenced by fears of being challenged or disbelieved if they revealed their trauma. For me, the writing of this song marked the first public expression of my own experiences; they were no longer suppressed or muted but yelled in rage for the world to hear.”

If you like what you’re hearing, stay tuned as the trio will be releasing their debut album, DIPSHIT next month.