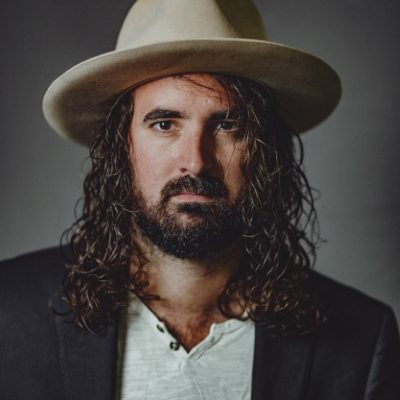 As an addictively upbeat antidote to the adversity of the past year, hinging on a message of perseverance, “Ain’t Goin’ Out Like That” is Andrew Waite’s first release of 2021.

Apart from his independent music career, he is the owner of Island Rock Camps, a summer rock camp aiming to inspire youth in the arts by bringing professional musicians and students together to perform and write. Waite has also taken part in workshops and festivals across Canada and worked as a musical director.

In 2020, the singer-songwriter won the coveted SOCAN Songwriter of the Year award from Music PEI, for his song “Cash It In”, a tribute to Canadian veterans. His 2018 album Tremors garnered Waite 11 awards and nominations, including an East Coast Music Awards nomination for Rock Recording of the Year (alongside Wintersleep, Adam Baldwin, and Motherhood).

He is currently working with producer Chris Kirby (Quote the Raven, Charlie A’Court) on a new release for 2021.

What is the story behind “Ain’t Goin’ Out Like That”?

I wrote this song with Chris Kirby and Colin MacDonald of The Trews. I think it’s safe to say that many of us have experienced working with someone who just isn’t pulling their weight. They’re a drag on the team, they’re throwing in the towel, they just don’t care anymore. We wrote the song with that kind of person in mind. While we didn’t write the song with 2020 in mind at all, it also seems sort of apt to be releasing the song after such a trying year.

What was the process for making this record?

We wrote and recorded this record in East Lawrencetown, Nova Scotia, at Funk Island Labs. Chris Kirby engineered and produced the record, and co-wrote many of the songs. Doing this much co-writing for my own record was certainly a new process for me, as on my previous records I was the sole writer. We actually started writing/recording back in March, before things really shut down. Kirby and I would often sit and watch the headlines roll out over a morning coffee before we got going. As the situation started to become more serious, I had to return home to Prince Edward Island. The summer months saw things open up here in Atlantic Canada, and I was able to travel back over to Nova Scotia to finish what we started.

How did 2020 impact your songwriting?

I’m not sure that I would give 2020 too much credit for anything songwriting-wise for me. That said – there are definitely a couple of songs on the upcoming record that were influenced by social or political occurrences throughout the year.

Ain’t Goin’ Out Like That isn’t really about how tough of the year 2020 has been for so many people, but I think perhaps the resilient attitude found in the song is well suited for times like these.

Well, a new record. I’m really excited to get this one out into the world. I really think it’s my best work to date, and I can’t wait to share it. Aside from that, we’ll be releasing a live (video) concert that was recorded on February 29, 2020, at the Mackenzie Theatre here in Charlottetown, PEI. We’ve already released one song from that collection, Curtis Mayfield’s People Get Ready. The track features a fabulous singer-songwriter by the name of Joce Reyome, who actually just released their debut single, “Cross My Heart”.