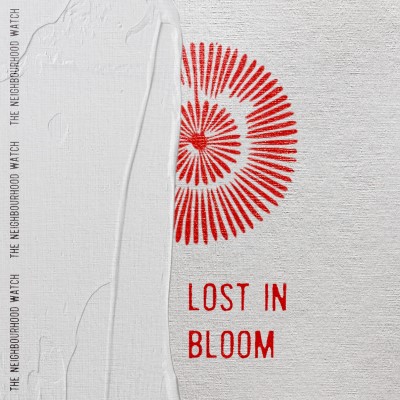 I’ll admit, I hadn’t known much of Toronto’s The Neighbourhood Watch prior to listening to this album. But damn, it seems that I’ve been missing out. The talent shown on the band’s brand-new full-length release, Lost In Bloom, is more than enough to impress.

I’ll start with the vocals. These are invariably smooth in all contexts and capable of sonorous melody like that akin to Hozier in “Ignorance And Finer Things,” while alternatively hitting high notes such as the ones interspersed across “20 Year Dream.” And the instrumental side of things is equally as polished and diverse. Expect alluring basslines, guiding drumbeats, and acoustic rhythms alongside gnarly electric guitar hooks. Added to this are atmosphere-enhancing keys, horns, and strings that help contribute to a substantial sound.

There is a fair degree of dynamism to the way all the disparate components interplay with one another. Across the album, things range from the stripped-down and tranquil, birdsong-festooned “Hailey,” to the more funky and somewhat IllScarlett-like “Bonnie And Clyde.” Even within various songs, tone and rhythm shift seamlessly and sometimes drastically, like the way “Changes” goes from soft and soulful verses to a quick, energetic chorus and back again. It’s kind of thrilling.

There’s a lot to experience on this release from The Neighbourhood Watch and not a bit of it that I would change. Lost In Bloom is a skillfully-crafted album.