Interview – The All Canadian Soundclash 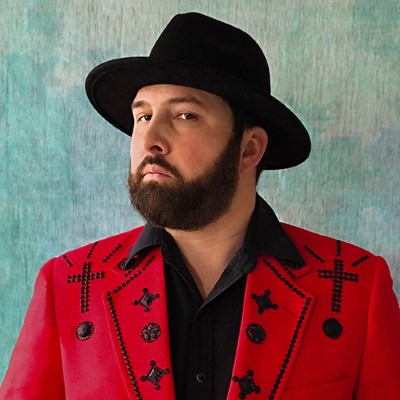 Ottawa, ON-based singer/songwriter Andrew Michelin and his indie-folk alt-rock project The All Canadian Soundclash have unveiled a new single, “I want it”.

Falling in line with Michelin’s now-signature less is more’ philosophy when it comes to his craft, the song joins “I Can See You Loving Me” as one of two singles The All Canadian Soundclash has released this year; the pair follow the project’s self-titled debut EP, which landed last summer, and came to be throughout months of restrictions post-COVID-19 outbreak.

“I’ve always found great joy and satisfaction by being involved in the creative music process,” Michelin shares, “so, when the world went into lockdown last year, I took the opportunity to write, and rewrite.”

Michelin seized the opportunity to take a deep dive into his hefty arsenal of songs he’s accumulated throughout the past decade or so.

“I wanted to see if there was anything worth releasing,” he recalls, “and there was.”

The result is “I want it” — his latest single from The All Canadian Soundclash and award-winning producer and musician Dale Murray.

“It’s about never giving up on your desires, and winning the race no matter what difficulties may get in your way,” Michelin reveals. “It’s about finally overcoming your demons, and realizing it’s your time to shine — so let’s get this thing done!”

It’s a sentiment befitting the year the world has had to endure.

“Even us,” he shares, referring to himself, Murray, and drummer Jordi Comstock. “We experienced this all too well when trying to record ‘I want it.’ Dale’s studio is in Nova Scotia, and the maritime provinces had their own isolation bubble where nobody was allowed to enter.

“With me being in Ontario, and the others out east, we were forced to find a different way to record.”

“I want it,” they did; Murray and Comstock recorded at Murray’s Farmhouse Studio, while Michelin contributed his portions from his home studio.

“I told Dale this was going to work, and it did! There were many audio files back and forth through email so that Dale could splice and mix the tracks together there at his home.”

It wasn’t all without its uniquely discovered silver linings, he adds. “Even though we couldn’t get together and record in one spot, there’s something to be said about being able to record vocal tracks from the comfort of your own home.”

Check out “I want it” below, and find out more about The All Canadian Soundclash via our mini interview.

My name is Andrew Michelin and I’m a Singer, Songwriter from the Ottawa, Ontario area. Actually, I like to say I’m a songwriter first and singer second because I don’t consider myself a great singer. My current musical recording project is called The All Canadian Soundclash.

Tell us about the recording process behind “I want it”?

“I want it” is a song I had written back in 2013 but never recorded it. I forgot about it for years and then when the lockdown happened for Ontario in the spring I was in my house playing guitar looking for songs to play and maybe record? I remembered it and started playing and rewriting the song with the idea of recording. It’s about finally overcoming your demons and realizing it’s your time to shine which is quite fitting for the year that the world has had to endure and experienced this all too well when trying to record this single. Since my producer Dale Murray’s studio is in Nova Scotia and the maritime provinces had their own isolation bubble where nobody was allowed to enter, me being in Ontario we were forced to find a way to record. Dale and drummer Jordi Comstock ended up recording their parts at the Farmhouse Studio while I recorded my parts in my home studio in Ontario, thus leading to sending audio files back and forth through email so that Dale could splice and mix the tracks together there at his home. It actually worked out quite nicely.

I was able to record with Dale Murray back in January of 2020 and release my first EP in June despite the whole COVID lockdown. It was a success even though I couldn’t tour and play shows.

I’m hoping to establish more of a solid fan base this year by releasing the new single “I want it” with a national radio promotion campaign starting at the end of February. I believe people just need to hear the song.

There are many Canadian artists that I have always admired and would love to collaborate with but if I had to pick one I think it would be Feist. I’ve always loved her unique tone of voice and I actually have written songs that would be perfect for her to sing.