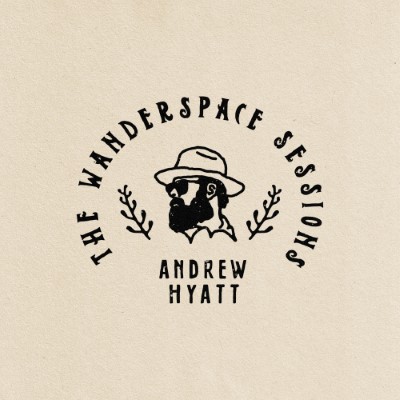 Canadians seemed to have gotten through the worst part of winter (hopefully), are trying to stay positive through the pandemic, and are working their way from uncertain times. During all this Andrew Hyatt has gone through some tough times of his own and has come through the clouds of darkness and is ready to shine like never before with the release of his acoustic EP The Wanderspace Sessions that includes “I Needed That,” “Didn’t Know Me” and Hyatt’s current single “Neverland,” along with corresponding music videos for all three tunes. Because of the electric guitar used in these tunes, they can’t truly be considered acoustic but given that Hyatt is so laid back (have you seen him at a live show with his band?) and in a songwriter’s session frame of mind in these performances, I would say stripped down is the correct terminology to use to describe what he’s released. All this follows on the successful October 2020 release of his album Neverland.

First of all, we at Canadian Beats want to congratulate Andrew Hyatt on the recent release of The Wanderspace Sessions. Second, I had the great opportunity through Canadian Beats, to chat with Hyatt about his EP and videos, this time in his life, and more. Now, on to the interview I had with him, via email. Check out our questions and his answers. You will enjoy what you read.

Hey Andrew. So glad to be chatting with you. First up, let’s discuss your EP The Wanderspace Sessions…

How did you come up with this title? It’s an intriguing one.

The title comes from the name of the space (studio) we shot it in, it’s called WANDERSPACE.

Tell us why you wanted to make this EP with corresponding videos at this time using existing hits and making them acoustic.

I really just wanted to continue what we’ve done for previous records, which are released live stripped-down videos. I feel like peeling a song back to some simpler textures and visual components is a great way to highlight songs.

This EP is an acoustic version of the three most popular songs off your Neverland EP. I believe that an artist is allowed to shine when they perform in this manner. How did it feel for you to strip down these songs and put them out there for your fans?

I’ve definitely always been a fan of this approach to presenting songs, so it’s something that feels natural and necessary for me. Having the live component felt really special given the circumstances of 2020/21.

I don’t think I’ve ever heard of an artist releasing three songs, with their videos, in three consecutive days (February 17, 18, and 19) but I think it’s very cool. How did you come to the decision to release your music this way?

I’m pretty sure the decision came from my management team. The idea being to allow each song to live in the spotlight for a moment.

Now, let chat about the three videos. Great to see your band wearing masks. Kudos to them.

Can you tell us a bit about the making of these videos? Were they all done at the same time? How did they come together?

Yeah, they were all shot continuously. We set up as a band and just played through the three songs and let the video and audio guys do their thing to capture us live. Making them just felt like playing a small intimate show!

Where were the videos shot and who produced them?

These were produced by Derek Hoffman, filmed by Brandon Ferguson, and engineered by Julien Laferriere. We filmed them in a studio called WANDERSPACE in Toronto. We just booked a space and got the crew back together, as these dudes are all my regular band and crew.

Videos connect artists with their fans by allowing them to see the emotions an artist evokes and capture their attention. A relationship is forged with them by allowing them this access. Do you believe this to be true? And, what emotions do you hope your fans experience from these videos because they don’t include elements like imagery that can be associated with musical experiences?

I definitely think having the visual element is key especially when you’re promoting live recordings. This allows for a heightened element of consumption. The goal of The Wanderspace Sessions was to give people the closest thing to an intimate show in a year where shows aren’t happening.

What was the most special highlight for you in making these videos and what did you discover about yourself during this creative process, especially with all that’s going on with this pandemic?

Honestly, I’d say having the band and crew back together was the best part. It just made me appreciate making music even more.

You have amazing fans. Let’s chat about some random things that will make your fans get to know you better and what you’ve gone through recently …

In the fall of 2020, just after Neverland was released, you had surgery and you were unable to sing/talk for over a month? Can you tell us about your surgery, why you needed it and what did you learn in that month?

I was struggling with GERD (gastroesophageal reflux disease) and a hiatal hernia, both of which were destroying my voice for years. I’m glad it’s all over and I’m happy to be fully functioning again. I guess I learned that I can live quite pleasantly on mashed potatoes and gravy if I ever had to.

You recently stated, “Mentally, I’d hit a point where music felt daunting; be it writing, singing, or performing. Neverland set the tone and reminded me of the joy of creating. It reminded me that music is a gift, a safe place, an outlet, and most importantly it was a reminder of who I am. This record helped me find myself again.” Are you in a good space still? And, what does the future look like for you?

I think I’m as healthy as I can be given the fact that as a musician I can’t do my job because of Covid. I think it has just forced me to pivot in my creative outlet and focus on writing and releasing new music. I feel healthy most days and the days I don’t, I allow myself the grace to accept that I’m under a good amount of stress.

What important takeaways have you come out of 2020 and going into 2021 with?

I’d say that pushing outside your comfort zone can lead to great things.

I think just that being consistent in pursuing what makes you happy always translates into authenticity, which fans appreciate and support.

I would hope they remember that I was authentic.

It’s been a long time since we’ve seen live shows and it appears it will still be a while, so to see this from Hyatt … well, that’s a good thing!

We, at Canadianbeats.ca, thank you Andrew so much for taking the time for this interview and helping your fans get to know you a little more. We wish you much success with all the great stuff that is coming your way. I personally am very excited to see what the future holds for you! It’s been great to get to know you over the years!

The Wanderspace Sessions Tracklist:
1. Neverland
2. I Needed That
3. Didn’t Know Me

The Wanderspace Sessions is available on all digital platforms, so download it, save it or stream it.