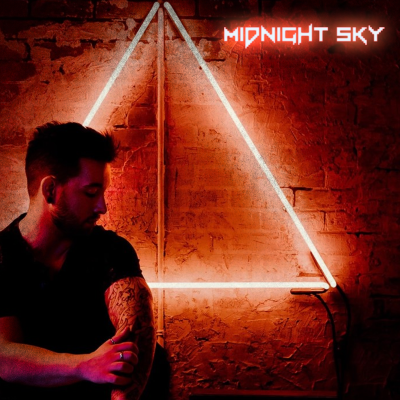 Sierra Pilot’s version of “Midnight Sky” begins with “a dark synthy take on the main melody.” It is further described as a track that “explodes with the heavy bass riff, a chugging guitar line, and a powerful drum beat that will have you playing it on repeat.” According to Taylor Leith (lead vocalist),

“As soon as I heard the bass line … I heard a heavy guitar playing it. To me, this song was written with a hard rock attitude. In fact, Miley’s new album has a lot of rock influence and I think it’s a kickass album.”

This is a cover that you do not want to miss!

This is not the first time that Sierra Pilot has heard a pop hit and added their special touch to make it sound a bit more heavy. They have already released a reimagined version of Billie Eilish’syou should see me in a crown.’

Sierra Pilot includes band members Taylor Leith, Jay Thibault, and Jason Holzscherer. They already have two EPs – Demons Awake (2018) and The Lies We Sell (2018), along with numerous singles, under their belt. Adding to this repertoire, the band is set to release their anticipated full-length album later this year.