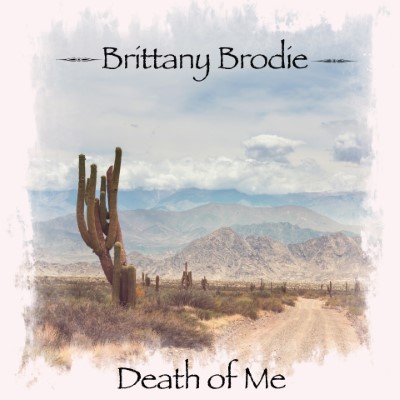 Brittany Brodie is back on the country music scene with her new single “Death of Me”.

The brand new song was released to Country Radio and all Digital Platforms on January 25th. Brodie wrote the track with her good friend Janelle Arthur, who came in fifth place on the twelfth season of American Idol and recorded it in Nashville. According to the singer-songwriter, “Death of Me” is about finding strength through heartbreak, standing up, and fighting back with honesty.

“I went to Janelle with my broken heart, full of pain, anger while everything was still very fresh. You will hear that when you listen to Death of Me.”

Brittany grew up on traditional country music from Vern Gosdin and Dottie West to Johnny Horton and George Strait. In later years, she was listening to LeAnn Rimes, The Dixie Chicks, Lee Ann Womack, and Martina McBride.  She found inspiration from The Spice Girls.

Born with a powerful set of pipes with full vocal range, Brodie loves a power ballad. She began performing in the privacy of her home growing up, and started in singing competitions at the age of 8 and never looked back.

Brittany has been in the U.K. since last Fall with her Musician partner. They together have been writing and posting videos online, sharing their new songs during lockdown.

We got to chat with Brodie to learn more about her new single!

Why did you choose to write “Death of Me” with Janelle Arthur? Did you have a relationship previously?

Janelle and I are very close friends and we were hanging out and I was going through my break up at the time and grieving what had just happened to me and we started writing about it.

Writing with my friends is so easy and comfortable. It’s like writing in your diary and getting therapy from someone who knows you at the same time. Believe me, I have had some interesting co-writing experiences (we all have). I love co-writing as it brings in a new and fresh perspective It’s magical when you get different minds coming together.

What was the inspiration for this song?

The inspiration for “Death of Me” was my ex-boyfriend. We had been together for 10 years and one horrible night I discovered he was cheating on me. So we wrote a song about it.

Why did you choose “Death of Me” as the title of the song?

The title is the “hook” and I wasn’t going to let what he did to me be the “Death of Me”. I am stronger than I ever thought possible.

You said Country music is all about finding strength through heartbreak. What do you think makes Country music so suited to powerful songs like “Death of Me”?

This song “Death of Me” is about finding strength through heartbreak. Country music has always been there for me more than any person could be. It’s real stories about real people, it’s honest and you will always find an answer your needing in a country song.

What musical inspiration did you draw from in the writing and production process?

There were no outside musical influences in the making of this song lyrically, melodically, or in the recording studio. Janelle and I were feeding off raw emotions and it all came together perfectly.

I love recording and the process of it all. I’m all in; every step of the way. I will say this. You can hear the hurt and anger in my voice when you listen to this song. I recorded it a mere few days after we wrote it.

What do you have going on this year that fans can look forward to?

I will be releasing new music throughout the year to country radio and to digital retailers online. My partner (fellow musician, Ewan Barker) and I have been writing nonstop since March last year and creating home video performances for the fans. The second I can be out there touring and performing again, look out!