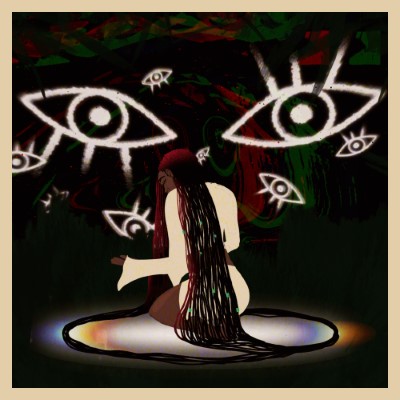 After kicking off the year with Antisocial, Polaris Music Prize-winning Toronto artist, Haviah Mighty, shows no signs of stopping. Today, Haviah shares Obeah – a song she produced alongside her brother, Mighty Prynce. Centered around Haviah’s Caribbean heritage, Obeah focuses on trust, spirituality, her close connection to family, and a belief that the energies around you dictate what you allow in your life in order to prosper. Directed by Jesse Dart of Die Fire Films, with Production Company, Cultiv8, the video for Obeah features cameo appearances by Haviah’s father (who is sampled on the tune) and friends.

“I’ve navigated life off the strength of my parents’ teachings, and one of those [notable] teachings is to be mindful of the company you keep and of those you call your friends. Being of Caribbean descent, I’ve heard many stories throughout my life of ‘Obeah man’ and ‘Obeah woman’ from family and friends, ‘Obeah’ being an occult power and celebrated secret religion that disturbs the natural flow of events by way of spells, spirituality and hidden practices,” Haviah expands on the song’s inspiration.

“Though difficult to define, it is a religion of resistance, a belief that you can manipulate yours or other peoples’ destinies – often used in the context of those people that are close to you but aspire to cause you harm by thought or action. This song, using this Jamaican reference, speaks directly to the idea that the energy around you can bring you down, and that sometimes it’s those that are closest to you that you need to be aware of. This theme is one many can relate to as they grow within their chosen realms.”

Obeah follows Antisocial, produced by Haviah and Devontée, and features Denver, CO-based rapper, Old Man Saxon, who Haviah was set to tour with last year. Focused on reflections around self-confidence and deep introspection, the song arrives in a timely manner as society continues to evaluate life from a more independent perspective. Listen to Antisocial here, and watch the visualizer by BlackPowerBarbie here.

Haviah closed out 2020 with Atlantic, a track examining the ugly truths of money, the roots of unequal labour, and its impact on marginalized communities worldwide, and Occasion, a song produced by Haviah, Mighty Prynce, Sauce Junky, with guitar arrangements by Ben Foran, and initially developed during an Instagram Live session in March just as the pandemic set in.

While international touring remains at a standstill as Haviah eagerly awaits to get back on the stage to perform, she is staying creative in the studio and actively advocating for change in the community.