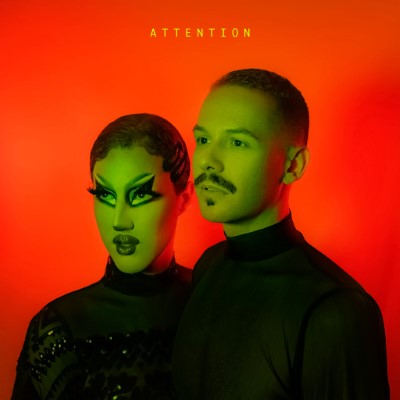 Marc-André Sauvageau just released the brand new single “Attention” featuring fellow artist Matante Alex. “Attention” is an electro-flavored pop bomb! “Attention” was launched on online listening platforms just a short time ago and has even earned a spot on the cover of the coveted New of the Week (playlist) on Spotify. It did not take long for the new single to quickly accumulate more than 15,000 plays. Embracing the positive comments received since its release, Sauvageau has now released the song to radio stations.

On February 26, 2021, Sauvageau will release the second album in his career entitled Il venait d’ailleurs. Somewhere between pop, classical and futuristic music, the album (entirely produced by Sauvageau) transports the listener between dream and reality throughout the 15 tracks of the album. Synthesizers, accompanied by more organic and complex textures, mixed with the softness of the acoustic piano, are at the heart of this musical universe which leads to reflection. With harmonic sequences, sometimes reminiscent of the world of musicals, the singer reuses certain melodies to create a coherent musical story, with a beginning and an end.

“In this album concept, I explore both what I consider the reality of human relationships today, but also the inability to develop a real attachment with another person and also this dream that I have of let this love vibrate in me, an inexhaustible and interplanetary love… No more rebellion like on the album, now it’s vulnerability that takes over!” Sauvageau explains.