Home / Promos / Jont releases video for “Step Into The Fear”

Jont releases video for “Step Into The Fear” 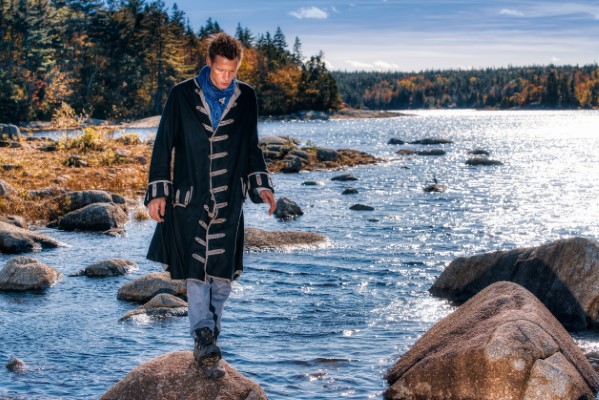 Jont, the Halifax, NS-based alt-singer-songwriter has released a new video for the anthemic single “Step Into The Fear” featuring dancer-choreographer Natalie Morin.

Reflecting on “Step Into The Fear” with its rallying cry to step into one’s power, Jont says,

“When I got the first mix back of this song from Mark Lawson I danced around my flat with headphones on and cried. Proper crying.” As well as being a moving song with a lot of personal resonance it also represented the first time his music had really sounded top notch to him. Jontcontinues “This was my 11th album. And as all who make albums know, it’s a real challenge to make something really good. We try our hardest, but many skilful choices and happy accidents have to coincide to allow one to make an album of lasting value. So when I heard the mix of this song it felt like the standard of song I had always hoped to make.”

“Step Into The Fear” has a special energy not least because of its genesis. “My close friend Adrienne was having a challenging time at work and I suggested we write something that she could have as a sort of anthem to help her through.” When she wrote down keywords and Jont sat down at her piano in New Glasgow and picked out the ones that spoke to him, singing them over a fairly standard descending chord sequence. “Within minutes we had the pre-chorus. ‘Open up your wings your time has to come to show them you’re not afraid to make your way.’”

The chorus melody swung through seconds later as Jont bashed away on the piano. As Jont was driving back home he got the chorus words and chorus outro, pulling over at a service station to record it into a voice recorder: ‘Baby bird! You’re free, you’re free, you’re free!’ “Step Into The Fear” took a few more months to settle into its final version and became a favourite with the choir that recorded it on the album.

“When it came to the video I knew I wanted to do something special. Having worked with Jeep Jones on two of last year’s videos (“I Think It Could Be Possible” and “Thank You For My Happiness”), it seemed a good idea to try another one with him and this time I really wanted him to let rip and do whatever he wanted to do. As is the way with Jeep, he had strong instincts from the get-go and immediately suggested we involved his sister, Natalie Morin, a dancer of some considerable note who lives up the road from his place in Moncton.”

“All the elements of great clowning combine with understated precision and a charming lack of ostentation and an abundance of child-like wonder to create a timeless space for this euphoric song to live in” says Jont. “Watching it back again now I couldn’t be happier that the song has this amazing choreographed video to go with it, bringing out the more subtle hues of its meaning. Many thanks go to Jeep and his partner Peggy who helped with the editing and of course to Natalie Morin for her stellar performance and choreography.”

You can check out the video for Jont’s anthemic single “Step Into The Fear” featuring dancer-choreographer Natalie Morin right here.