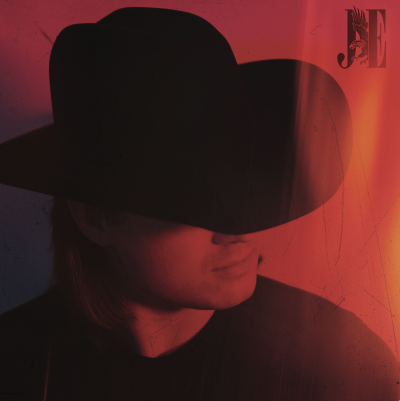 Prior to 2020, I believe we all tended to take music a tiny bit for granted and didn’t recognize how important it actually was in our day-to-day existence. We have since learned that is not the case. Jade Eagleson never took his career and music for granted and had a stellar 2020. Building on the skyrocketing success from a breakout 2020, this award-winning artist is kicking off 2021 with the release of a new single “All Night To Figure It Out.” It’s a bold track that marks a new direction for Eagleson.

We, at Canadian Beats, would like to congratulate Jade Eagleson on the release of his new single “All Night To Figure It Out” as well as his many impressive achievements.

Now, on to the interview I had with Jade Eagleson, via email. This was a great opportunity for me, through Canadian Beats, to chat with Eagleson about what he’s been up to this past year and his new single. Check out our questions and his answers. You will enjoy what you read.

Let’s chat about your new single … “All Night To Figure It Out.” I really like it. It’s got attitude and brings out a new side of you that your fans haven’t seen before.

Brad Rempel from High Valley sent me this song that he wrote with Ben Stennis (FGL, Jason Aldean, etc.) and Jeremy Spillman (Eric Church’s “Sinners Like Me,” Little Bigtown, Brantley Gilbert). As soon as I heard this song, I knew I wanted to record it. One of the funniest yet most demanding experiences I’ve had in the vocal booth! Recording “All Night To Figure It Out” is definitely an experience I won’t soon forget.

You’ve stepped outside of your box with this song. Tell us about that and what do you hope listeners will take away from it?

More than anything, this track had me venture outside my vocal comfort zone. This song requires a lot of attitude vocally, and my producer really pushed me past what I believed I was capable of. I hope that you can feel that, and it resonates with you all when you listen!

“All Night To Figure It Out” was written by Brad Rempel, Ben Stennis, Jeremy Spillman and produced by long-time partner Todd Clark. What was it like to work with such industry greats?

I’m continually humbled that I get to work with such talented creators. Three years ago I was still working on the farm, now I’m working with the industry’s best. I couldn’t be more blessed to have this team around me.

It’s a great time to release this single as well. How long in the making was it and did you have to hold back the release date to make it the perfect soundtrack for an intimate Valentine’s Day evening with that special someone?

As soon as I heard this song, I pushed to get it recorded, as I liked it so much. We’ve had the final version of the song for a few months now but always planned to release it around this time … but we have moved the date up a couple of weeks so listeners had it prior to Valentine’s Day 🙂

Download or stream “All Night To Figure It Out” here.

Now. Let’s chat about your successes and future…

You are an Ontario native and country singer-songwriter that has had quite a career over the last three years. Some of your incredible accomplishments include: 2019 CCMA Rising Star, 123+ million global streams and counting after the release of only four singles, a Canadian record in itself; landing on YouTube’s ‘Trending Artist On The Rise’ list, the video for “Got Your Name On It” making your position on this list the first time a Canadian-signed artist in any genre received these accolades paving the way for you to become one of Canada’s most-streamed artists. (As a result, the music video for “Got Your Name On it” was streamed as much as half-a-million times in a 24-hour period and now has 4X more views than any other domestic country music video, ever {44 million and counting}.)

2020 was an incredible year for you: a record-setting debut album in July that featured three GOLD-certified singles “Got Your Name On It,” “Count The Ways,” “Close” and “Lucky,” your first #1 at Canadian country radio (it is also the most-streamed debut album for a Canadian-signed country artist in history).

Tell us how that ALL OF THIS feels to you.

It doesn’t feel real. I get up every day and get to do what I love for a living. This is something I will never take for granted. I would never have gotten this far on my own; I have an amazing team and family by my side.

When you decided to give up duties on the family farm in 2017 to pursue your long-time dream of becoming a country music artist that lead you to sign with Universal Music, did you ever imagine this enormous amount of success in such a short time frame?

I definitely did not. We’ve surpassed what I thought was possible in this short time. We’ve broken records in this short window but my team reminds me constantly that we’ve only scratched the surface … I’m ready to keep this train rolling!

What is it like for you to dream and then become the country superstar that you are?

That’s quite a compliment, thank you! I wouldn’t say I’m a superstar quite yet. I look up to many artists like Randy Travis, Chris Stapleton, Shania Twain and Luke Combs to name a few. I hope to follow in their footsteps!

What was it like to record “Boom Town” knowing that is was written by multi-Grammy award winner, Chris Stapleton? It must have been a WOW moment in your career.

Recording a Chris Stapleton tune was a dream come true. He’s one of the most-talented vocalists in music. When I heard the demo with his vocals on it, I felt like I had a lot to live up to and I was a little nervous to sing it. This was another track where my producer, Todd Clark, pushed me past what I thought I was capable of in that vocal booth.

You are stepping into 2021 as a chart-topping country artist. Are you ready to continue breaking records and what are your top three goals for 2021?

The main goal this year is to lock in a major US record deal. Leading up to that though, I’m excited to release new music and hopefully play some live shows … I miss playing live so much!

What significant lessons or takeaways have you learned from 2020?

I’ve learned to appreciate my family. 2020 would have been a lot tougher if it wasn’t for my loving wife, Marina and my son, Levi. I’m so blessed to have them in my corner.

You have amazing fans. Let’s chat about some random things that will make your fans get to know you better.

Tell us some of the highlights of your life.

I could really bore you here, so I’ll do my best to keep it short.

With all the many social media platforms that exist today telling the world your life story, is there anything about you that would be of interest to your fans; something that they couldn’t find on your own social network or even Google?

What is your favourite song to perform?

Ouu that’s a tough one. … I would have to say “Got Your Name On It”. I love when the fans sing that one with me.

Is there an artist(s) that had a profound influence on you; that made you want to do this as a living?

I grew up listening to the greats like Johnny Cash, George Jones, Shania Twain and Randy Travis. These artists amongst others influenced my life and career in a major way.

If you could choose just one artist to collaborate with, one who you haven’t worked with, who would that be?

That’s another tough one. I would have to say Shania Twain!

What will it mean to you to be back on the stage again, when the time comes?

I think like so many around the world, Covid has been a less than desirable time. I can’t wait until it’s over. I miss playing live and I miss meeting fans. It’s safe to say I won’t take those times for granted in the future!

Last but certainly not least. If you can have one thing that your fans could remember about you, what would it be?

Hopefully, they remember the music. I hope my music is the soundtrack to many people’s lives for years to come.

We, at Canadianbeats.ca thank you, Jade, so much for taking the time for this interview and helping your fans get to know you a little more. We can’t wait to see what the future holds for you.