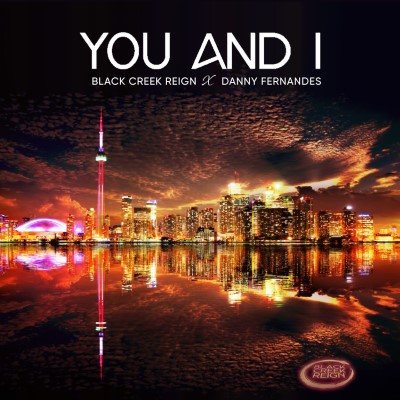 Award-winning Canadian funk-pop reggae-rockers Black Creek Reign has teamed up with multi-Platinum, multi-award-winning, and SiriusXM Artist of the Year, Danny Fernandes in their new single “You & I”.

With a sound that beckons back to the glory days of guitar-centric bar rock — we’re talking inspirational nods to the likes of Santana, Hendrix, and Chicago — Black Creek Reign and members Darren Armoogam and Lex Stultz add this powerful dance-pop track to their now-signature blend of rock, funk, with dashes of reggae, pop, and jazz.

The track and collaboration are the latest in a steady stacking of successes, that I can only imagine will continue to grow.

Check out “You and I” below and find out more about Black Creek Reign via our mini-interview.

Hey friends, Darren from BCR here. I co-founded the band with Lex Stultz about 5 years back, and we’ve been active in the scene since then. We’re a genre-fluid experience that has elements of funk, rock, reggae, and pop, just to name a few. Lex & I have tried to make strong songwriting the pillar of our project, which is why we enjoy weaving in and out of various genres. We love all kinds of music, and we refuse to mold our ideas into shapes they weren’t meant to take. Have a listen to our tunes and let us know if you dig what we’re up to!

Tell us about the recording process behind “You & I”?

This was a journey, to say the least. Lex initially came up with the concept months ago, and once he shared it with me, I interpreted it in a way he wasn’t expecting. He wanted to go for more of a Franz Ferdinand vibe, whereas I was caught in the middle of Bruno Mars and Maroon 5. I felt strongly about my interpretation of it, so Lex decided he’d run with it and see how it came out. We ended up with this dance-pop track that dabbles in funk and rock, which continues the trend of our songs being a fusion of many genres. Our management put us in contact with a phenomenal producer, Jovan Jovanov, and he was able to add the necessary depth and a unique flair to the track that we wouldn’t have had without him! After the dust had settled, during the many discussions we all had about how this idea would sound, we finally ended up in a place we all were happy with, and we hope it shows in the track!

The highlight was, without a doubt, working with Danny Fernandes. He is a guy I grew up watching, along with Shawn Desman, Belly, and Karl Wolf. Having him listen to a demo and agreeing to be on the track was an unbelievable assurance that our sound IS something people would like, and IS something that’s desired. He’s been a friendly, laid-back, and overall great guy to have in your corner, and we’re grateful to say that now we have a track with him!

How did the collaboration with Danny Fernandes come about?

Danny is such a great guy that he had put the word out that he was interested in working with some awesome, up-and-coming talent. We responded and, as they say, the rest is history!  After sharing some demos with him and figuring out the details, Danny decided he liked this song, and he agreed to work with us on it! Suffice to say, we’re very lucky and honoured to see how it all worked out, and we hope everyone loves the track the way we do!

Danny Fernandes — yes, we loved it. We’re hoping that we can collaborate with Bedouin Soundclash, Karl Wolf, and MAGIC! But if John Mayer gave us a ring, we’d certainly do that too!

Share this:
Related ItemsBlack Creek ReignCanadianDanny FernandesEric Alper PRInterviewYou & I
← Previous Story Takis releases a glimmer of hope into the world with new collaboration “All Time”
Next Story → Jade Eagleson had a breakout 2020 and 2021 is shaping up to be awesome starting with the release of his new single “All Night To Figure It Out”