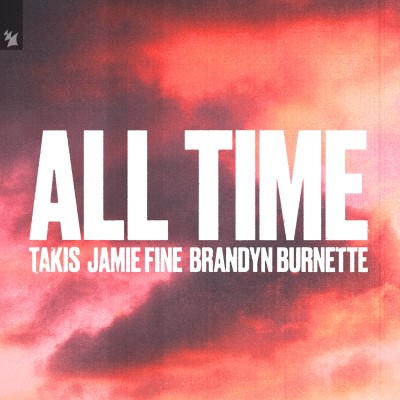 Winnipeg-born producer and DJ Takis released his latest collaboration “All Time” with Jamie Fine and Brandyn Brunette. Canadian collaborations are not foreign to this artist. Last year, he released “Wait For Me” feat. Tory Lanez and Goody Grace, amassing over a million streams on Spotify alone. “All Time” uses an addictive mix of snappy hi-hats and smooth synths. Paired with rich vocals and vibrant instrumentals, listeners will be reminiscing about days under the sun with the ones they love as soon as this song comes on.

Takis will be releasing a new album later this year “All Time” uses an addictive mix of snappy hi-hats and smooth synths. Paired with rich vocals and vibrant instrumentals, you’ll be reminiscing about days under the sun with the one you love as soon as this song comes on Welcome Home.

When did you start making music?

It depends on what you mean by music because there’s good music and bad music. I’ve probably been making bad music since high school. I got to chat with Takis to learn more about “All Time” and what the artist has cooking up for 2021. I started feeling like a real artist and like I was on a path to making great records when I was 21. But between 16 and 21, I was just bashing my head against the wall putting out songs that are probably on inaudible today.

How did you break into the Canadian music industry?

At the start, as an electronic DJ, it’s very hard to get vocalists on your songs. It’s almost impossible. So back in the day, I used to find an acapella online and use it to do remixes. I did that a lot, and it didn’t work a lot. But, eventually, it did work. I had a remix for Zara Larsson. The song was “Never Forget you”. That kind of changed my life. I put it out on Soundcloud and it ended up getting picked up by a couple of really big DJs and then a couple of really big YouTube channels, and the rest is history. Growing as a DJ is not how people expect it. It’s nothing until it’s everything. You literally feel like you’re going nowhere until you wake up and have a moment and momentum strikes.

Where did the name “Takis” come from?

How was “All time” made? Did you write a beat to the song or was the song written over the instrumental?

This one we actually just had an acapella demo from a songwriter. I loved the chorus, but there was a bunch of stuff I wanted to change. So we started producing it out. I started adding guitar layers and added a drop. I still didn’t like the verses and that’s why I reached out to Jamie fine. I didn’t know she was gonna reply to anybody. I’ve been a big fan of hers, and I believed in the record. Thankfully, she loved it. She actually started writing two verses and changed the hook a bit. Then, I called Brandyn. I wanted to contrast Jamie’s voice. She has this super powerful incredibly large voice, and then Brandon comes in. I told him to just float on the beat and be effortless and let’s see if that contrast works. At the moment I heard it, the contrast paid off.

What was your musical vision for “All Time”?

My musical vision is to try to take serious subject matter or very personal subject matter, and then make it accessible for as many people as possible. I think we accomplished that on
“All Time”. Last year was really hard. When I spoke to Jamie and Brandyn about what we wanted to write on those verses, it was going to be that things are going to be alright. This year and what’s coming ahead is going to be far greater than what was behind us.

What was it like collaborating with Jamie Fine and Brandyn Brunette?

I am so much better in person in the studio with people writing songs. You can feel my emotion. We can have a venting therapy session. So, one of the biggest challenges was how do we have these deeply personal moments, without being able to be in a room together. And I don’t know if I’ve mastered that challenge yet, but we had a whole lot of FaceTime calls. There’s no way a song will come from me if it’s just text and email. If I’m not like interacting with you, we’re just not going to be on the same page. So a big part of writing this record was trying to see the other person’s face.

What made them the right singers for this track?

It’s very easy for me to say ‘let’s put this voice with this voice, and it gonna sound really cool’. But when you’re in the studio, nine times out of 10, they sound terrible, and no one hears them. So there’s a lot of risk in trying to put voices that aren’t supposed to work together on the same song. But that’s what excites. Hearing two very different voices keeps me engaged and makes me want to replay the song again. The mission has always been to add vocals with contrasting tones and styles and one time out of 100 with “All Time”, people seem to like it.

What makes this song special from your previous releases?

As an artist, I’m at my best when I am leaning into painful stories. They inspire me and they’re very easy to write about. But on the flip side, we’ve had a really tough year, and instead of having to lean into painful moments to write songs and tell great stories. I realized I don’t want to write sad songs anymore. I want to try to put out something that’s great. It’s a risk because I don’t know if fans that expect certain stories are going to be okay with me writing a song with a tagline that everything’s gonna be okay. I just want to make it my mission this year to brighten people’s day for 3 minutes.

What emotions do you hope fans feel when they hear this song?

I hope everybody who listens to that has hope for the future. It’s very interesting how the times we live in can change my entire perspective. Some lyrics in “All Time” to me in 2019 would’ve seemed cheesy to me, but when you’ve gone through what we’ve gone through, they become a unique take. I hope people just feel that it’s gonna be okay. Brighter days are on the way.

What can fans expect from your upcoming project “Welcome Home”?

I’ve made a bunch of new songs that changed the tone. This is going to be a hopeful project. I never thought in a million years that my project was going to be so hopeful but that’s just where I’m at right now. The times have pushed me here.