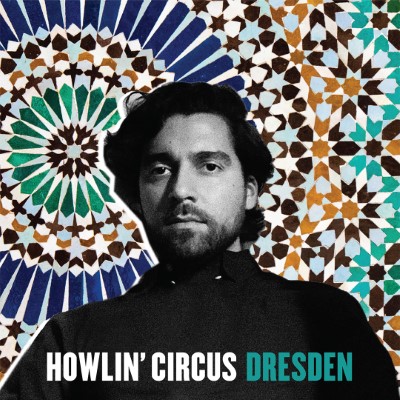 Howlin’ Circus –  the critically acclaimed project of  Jafar Sandouk – has unveiled the video for the brand new single, “Dresden”, which is the first single from his forthcoming album.

Following a year of unprecedented times, “Dresden” will be thematically relatable to most listeners, as we navigate isolation and divisiveness while ultimately holding on to an underlying hope for connection and unity.

When asked about the track, Jafar Sandouk says:

“The past few years have been exhausting for so many of us, on top of dealing with a pandemic, and having to negotiate with all these forces that are totally disconnected from reality. The climate-change deniers, QAnoners, the white supremacists. I keep hearing how divided we all are but it’s not really a divide if the other person doesn’t even see what planet we’re on.”

While the past year has been challenging. Sandouk took full advantage of the changing pace of life and landscape noting:

“The bright spark to being stuck indoors all year has meant more time to just play around with different sounds and instruments.”

Sandouk was inspired to write “Dresden” while playing some of his last live shows on tour in Europe and had this to say about the influences that lay the foundation for the song’s creation and its evolution:

“I started writing this song while on tour in Europe, shortly after playing a show in Dresden but lately I’ve been inspired by a lot of art and music from the Middle East and connecting with my Iraqi roots especially since I’ve not been able to visit home in the UK and see my family and friends.”

On the video for “Dresden”, Howlin’ Circus partnered again with the incredible video team who directed and shot the video for “Run The Wrong Way” – which is currently a finalist in the Canadian Independent Music Video Awards. Rich with light and water imagery, the video is both visually stunning and poignant.

“Jafar’s warm, luring melodies accompanied by his lyrics surrounding isolation, struggle, and oppression are the driving force behind the concept for Dresden. We explore these themes through the lenses of both innocence and complacency, and find out how far some people will go to feel connection and understanding.”