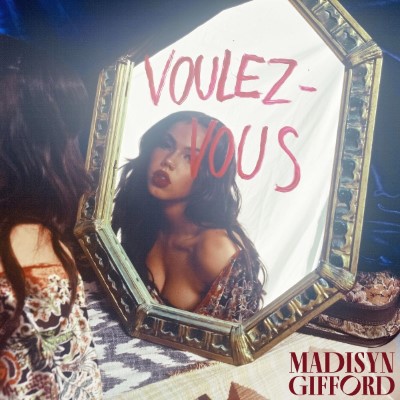 “This song was such a fun one for me to write because it was kind of my first attempt at delving into pop writing. The song is all about female empowerment and a girl coming into her own when she realizes that she’s not getting treated the way she deserves in a relationship. It’s basically a picture of a girl at a party ranting about how her values don’t line up with her partner’s anymore, so she makes the decision to leave the party, as well as the relationship, without him. I think it’s such a fun and empowering song and I really hope people enjoy bopping along to it as much as I do!“

Madisyn worked with acclaimed producer, Colin Janz on the single, and creates a stunning soundscape with airy yet arresting vocals and enveloping lyricism.

Quickly proving that she is a force to reckon with in the rising Canadian pop scene, Madisyn has already accumulated over 185K streams and video views since her debut release “Without You” last fall and has seen her music start to appear on popular playlists such as Indie Pop & Chill. Most recently, she released a live performance of “Without You” which has garnered over 32K YouTube views.

Check out “Voulez-Vous” below, and stay up to date with Madisyn via her socials.