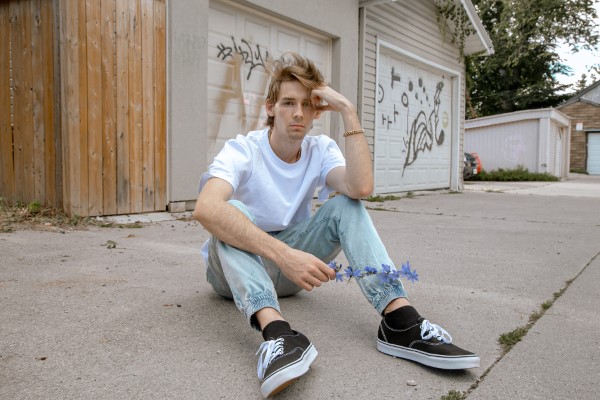 If you’re single on upcoming Valentine’s Day, Matthew Zeitler’s new song “Love’s Dead” is the perfect song to jam out to.

Toronto singer, songwriter, and producer, Matthew Zeitler. Matthew is set to release his catchy anti-Valentine’s Day anthem Loves Dead on February 12. Recently signed to AWAL, the label that is home to artists like Lauv and Finneas, Matthew has built an incredible team around him including AJ Healey (Olivia Lunny, Delaney Jane).

“Love’s Dead” is the ultimate breakup song about finally hitting the brakes on a toxic relationship and finally seeing someone for who they really are.

For the past 6 years, Matthew honed his craft as a self-taught producer, songwriter, and vocalist. He released his first two singles “Coming Over” and “Runaway Love” in 2019 and 2020. Both songs have surpassed over a million streams each.

Matthew is now carving his own lane with a distinct mix of Pop, Punk, and Hip Hop music. His album is currently in the works and the artist is excited to continue to bring his artistic vision to life.

We got the inside scoop on Zeitler’s new track and what the artist has coming in 2021.

I write songs that are relatable. I am never specific with personal experiences because I feel like they take away from that. In ‘Love’s Dead’ I’m saying one thing, but in another song, I might be saying the complete opposite. That’s because I’m writing songs all the time to appeal to all the different emotions and feelings that everybody shares. This way I’m not being repetitive. So what I’m saying is that nobody broke my heart to the point where I wrote ‘Love’s Dead’ because of it, but that’s fine, because it’s not about me. It’s about how the listener interprets the song and relates their own experiences to it. That’s something I love about music and being a songwriter.

What was your musical inspiration for “Love’s Dead”? Do you think the idea changed or stayed the same?

I like to say that my best songs write themselves. So many times I’ll be in my studio working on something and all of a sudden the lyrics and flows come to me instantly. I’ll basically be running back and forth from my chair to the recording booth for hours straight. ‘Love’s Dead’ happened exactly like that. I didn’t stop working on the song from when I started it in the morning. I think I did a 12-hour session, and by the end of the day, I sent the demo to my manager Marcus Del Re and my producer AJ Healey. I had this idea of doing a complete 180 on a typical love song but I also didn’t want it to be a sad breakup song. Instead, I pushed this frustrated take on it instead. I’m not necessarily mentioning a specific breakup, but rather the whole idea. Every lyric is intentionally written to be relatable, whether you’re a girl or a boy. This was the idea from the start when I wrote the song back in August, but having it come out on Valentine’s Day weekend couldn’t be more perfect. I think a lot of people are probably feeling frustration around this time, and I’m hoping this song reminds them that it’s just a day where people buy flowers and that they’re still cool on their own.

While many people could hear “Love’s Dead” as having a mainly negative message, do you think it also offers some glimmer of hope for listeners? Why or why not?

I think the message is completely up to the listener to interpret it as, but I wasn’t trying to be negative by any means. Ideally, I hope that people can hear Love’s Dead and be empowered by it in some way. There are very few perfect relationships, and to me Love’s Dead expresses being open and clear about your emotions. I also think a lot of people feel like they have to be in a relationship to be happy, but that’s not true. Taking the time to work on yourself and focus on what’s important to you can give you a true sense of fulfillment.

How did you come up with your hook?

Everybody might have their own part of the song which they consider the “hook” but to me, it’s the pre-chorus. As the song was coming together I sang that line “Love’s dead, get that shit inside your head,” and it just stuck with me. I like saying things in my songs that people don’t normally say, and to me, those lyrics painted an image in my head. It’s like that “When are you going to finally learn” feeling that we have when repeating the same mistakes, but in this case, it’s for the concept of love and getting into relationships that don’t work out.

How do you think “Love’s Dead” differs from your past music? How is it similar?

‘Love’s Dead’ is very different from my old songs. Anybody that has heard my previous songs are going to see that I’m taking a whole new direction with my music. I’m confident that my fans will love it though. I was already changing my sound constantly throughout my catalogue but this is definitely the biggest change. The only similarity is in the writing, where ‘Love’s Dead’ builds on concepts I’ve mentioned in previous songs.

Your album is in the works. When can your audience expect it? What should they sonically expect from it?

We don’t have an exact release date for the album but I can promise there is so much music coming. For now, we’re going to continue to put out these songs and give them the individual attention they deserve. In terms of sound, some of these songs are similar in style and some are completely different, which is something I’m excited about. I experimented with my voice a lot in the last year and I’m still experimenting with it all the time. I’m always going to be a fan of my own music of course, but I think people are going to love what we have coming out. My team and I have put so much time into this project and now I get to share it with everyone, which is an amazing feeling.