Countdown to Le Phoque OFF Festival – Interview with Alexiane 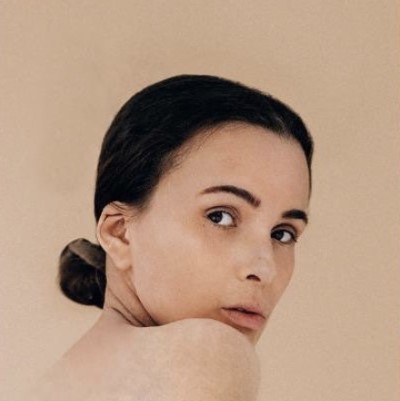 In advance of the festival, we are catching up with some of the talents. First, we spoke with Kristian North, then Yoo Doo Right, Ariane Roy, Sylvie, BAIE, and l i l a. Now, we’ve caught up with Alexiane. Check out their latest video for “You’re Mine” below, and find out more about Alexiane via our mini-interview.

I’m Alexiane — I’m a Canadian, French, and Senegalese singer-songwriter and independent producer based in Montreal. I am currently preparing the release of my first album “Into The Sun” which will be released through my label Gion records. “Into The Sun” is a concept album I had the opportunity to co-produce with my mentor/singer-songwriter Carla Bruni. I will be performing five songs from the album at Phoque OFF 2021. One of the tracks is “A Million On My Soul”, a song I wrote that was chosen to be the official soundtrack of the blockbuster movie “Valerian and the city of a thousand planets” (2017) that was directed by Luc Besson. Having amassed over 40 Million views thus far, “A Million On My Soul” is the song that launched my career and allowed me to gain international recognition while I was still a UCLA music production and music business student. I am now focusing on writing for my albums and sync projects. “A Million On My Soul” remix is currently topping the charts of Russia and Poland and I am excited for what’s to come for my new material. I look forward to sharing these songs that I describe as a “dark alternative cinematic pop universe” with my fans. I hope to convey a message of hope and strength to people through my music – and I think we need this more than ever during this pandemic.

How does it feel to be a part of Le Phoque OFF 2021 festival in its 7th consecutive year?

As an emerging alternative independent artist, I am thrilled to be a part of a Festival like Phoque OFF 2021 that values alternative blooming talents.

As a creative, I am very excited to perform in such a spectacular venue as the SAT’s Satosphere in Montreal. Come on now! It’s quite amazing to think that I’ll be presenting my musical creations in a modular dome, dedicated to the development and presentation of 360° immersive experiences. With a diameter of 18 meters and a height of 13 meters, filled with 157 speakers, I’m glad I’ll be able to merge my showcase with this Satosphere. In a way, with this opportunity during the 7th edition of Le Poque OFF, we’ll be helping in the development of immersive technologies, virtual reality, and creative use of high-speed networks while helping in the development of virtual shows.

As a courageous individual and as a strong woman struggling with the mental oppression of the pandemic, I am proud to overcome some of the obstacles created by this situation by taking on the challenge of performing the songs off my first album in a virtual setting. It definitely is a challenge to perform my songs for the first time in this way and I believe that it’s a beautiful challenge.

The title of my album is “Into The Sun”.  I LOVE the fact that I’ll be presenting the songs off my first album for the first time “INTO THE SATOSPHERE”! Let’s all meet in space on February 19th my friends!

Le Phoque OFF 2021 will be going virtual this year, how do you prepare for a virtual festival compared to a standard festival?

Honestly, I feel like the preparation is very similar to a standard festival because you must rehearse A LOT anyway! But I do feel like the artists performing on a virtual show have to give even more energy when they perform so that the audience can feel the artist and band’s energy and engagement on the other side of the camera… In any case, we better be ready for these virtual shows because I think they will still be around for quite a while.

An interesting paradox is that as social distancing and self-quarantining make performing live music and attending live shows nearly impossible, in isolation, music feels almost more necessary than usual. For many music creators and fans, music is an important and deeply emotional part of their life, a window into different universes of inspiration and thinking, and more… I think that losing that connection for both the audience and the artist would be too sad to let happen. As such, we need to focus on the positive, think of the advantages that virtual shows offer, and find the best ways possible to make virtual shows wonderful. I want to believe that a virtual show can be a magical show and that it is not a substitute of a live show but “une experience en soi” completely different from a live show. For instance, virtual shows offer different venue opportunities; the traditional live Le Phoque Off would most likely not been possible to host in the Satopshere (maximum guests capacity) but now that it is a virtual show, the artists will be able to perform their sets in the Satosphere and a wide audience from anywhere in the world will be able to watch it. Symbolically, I love that this virtual show will be in the SAT because The SAT in its natural process is a space for pivotal events, where everything is possible, at once stimulating and showcasing trends in technology applied to arts and design. That is definitely something to be thankful for and it may lift some spirits (both of the artists -who couldn’t perform otherwise!- and the audience).

A dynamic, honest, and emotionally charged performance from a passionate artist. I look forward to giving my lyrics and compositions a new form of life on stage. I’m even more excited because it’ll be my first time performing the songs off my first album “Into The Sun” which will be released this June 2021. People keep asking me if it’s a good idea to release my first album in these pandemic times and my answer is “YES because the show must go on. I need to keep moving forward and I believe people need strength, music, and some sense of union right now” – Le Phoque Off 2021 is giving me a chance to do just that!

What song of yours would you recommend a new listener check out?

“Soldier”.  Soldier is a song I wrote to encourage us to try finding strength and hope within ourselves even when everything seems impossible. I wrote it at a time when I felt trapped in my own body and in my own mind and managed to finish writing it during the pandemic when I realized that my imagination, my creativity, and my determination are my constant saviors whenever I feel oppressed by external factors I can not control. I directed and shot the music video for “Soldier” by myself with my iPhone in my downtown Montreal studio during confinement. I hope it gives people strength and courage and the ability to believe in themselves even when it seems all dark outside… Into the sun…

Well first let’s say that being the artist, the producer, and the owner of my label keeps me busy 24h/7. And in my world, busy and creative go hand in hand at the moment. So that’s that hah! However, even if I do feel oppressed and get sad more than I’d like to admit, I try to go in nature as much as possible to create. I also try to explore as many art forms as possible as I think it’s important to always try to feed your soul and brain new inspirations and ideas. Lately, I’ve been writing a lot – for both my first and second albums as well as for sync projects. I’m also focusing on the creation of my live show and the direction of my upcoming music videos. I feel like surrounding myself with creative and luminous people helps me keep creative as well – and I hope I help them too! Indeed, we’re trying to get extra creative with my team in the preparation of the release of my debut album “Into The Sun” coming out this June 2021 in Canada! Let’s do this!!! Stay tuned!

Share this:
Related ItemsAlexianeFestivalInterviewLe Phoque OFFmelanie Kaye PRQuebec City
← Previous Story Bluebloods release music video for “Postcard from a Quarantined Miner in Flin Flon”
Next Story → Daysormay’s new single “Everything Is Changing” is a blast from their past