The Effens share a new video for “Pavement Age” 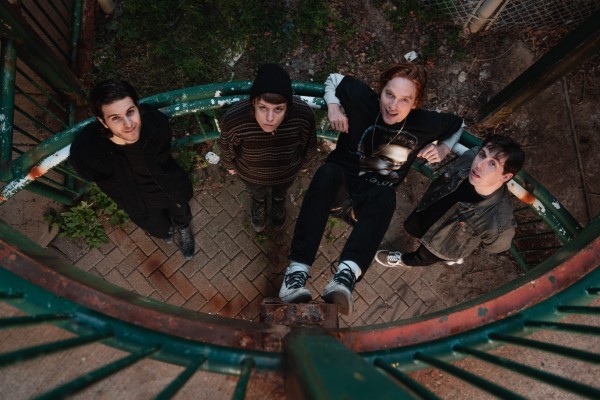 The Effens are an explosive post-grunge group on the rise from Toronto, ON. With fiery vocals, screeching guitar riffs, pulsing synth melodies, and haunting harmonies, the band has been described as a “hyper-strange post-grunge four-piece who seem to take in all the vagaries of the internet age.”

Ahead of their upcoming EP, The Effens have released the lead single “Pavement Age.” The song encompasses the main ingredients of the band’s sound equally: melody, sonic textures, loudness, and simplicity. Through self-producing, the band experimented with technical details/tricks and chose to abandon those same skills for the sake of creating something sincere. Taking cues from artists like the Pixies, Nirvana, and The Strokes, The Effens aim to keep it simple in the interest of the song, not the songwriters.

The act’s live performances have been noted by multiple online sources as having high energy and a magnetic stage presence that grabs the listener and is hard to take your eyes off of.

Throughout 2018 and 2019 The Effens have opened for notable acts such as Charly Bliss, Starcrawler, The Lonely Parade, Naked Giants, Twen, Dude York, and Lisa Prank. Not only this but they have been listed as 1 of the top 50 best Toronto Indie Bands of 2019 according to Trumpet Smash. To finish off 2019 with a bang they released their self-titled record to a sold-out room on December 13th.