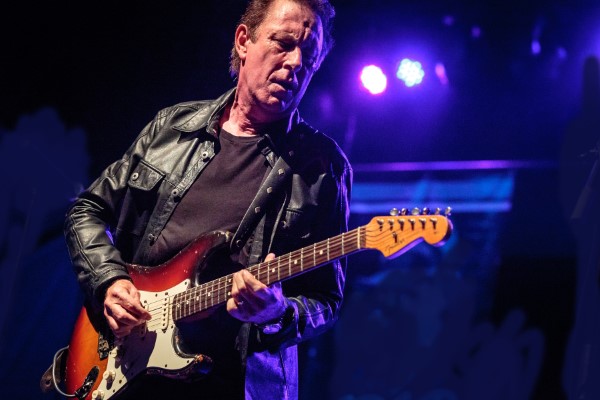 We have decided to chat with some of the artists that are set to perform on the 19th installment of this prestigious festival. So far, we’ve chatted with Suzie Vinnick, Ken Whiteley, Melanie Peterson, and Mandy Goodhandy. Today, we chat with 2x Juno winner, Jack de Keyzer

Check out the latest release, Tribute below, and find out more about Jack via our mini-interview.

Hi, my name is Jack de Keyzer. I’m a vocalist, guitar player, songwriter, bandleader, 2x Juno winner and I have a new album out called Tribute.

You will be taking part in the upcoming 19th edition of Winterfolk, how does it feel to be a part of such a long-running festival?

It’s always an honour to be invited back to a venue. Winterfolk Is a wonderful bright spot in the dead of winter that brings a lot of people, fans, and artists together. It really is a lovely community.

This year, Winterfolk will be virtual for the first time, due to the ongoing Pandemic, does this change your strategy for preparing your set?

The biggest change in performing for the past year has been learning how to turn my recording studio into a mini television studio. I’ve gotten better at lighting and editing and syncing the sound from my studio recordings to the visual. It’s been a learning curve and rewarding. Performing is pretty well the same. Strap on a guitar put a mic in front of me and I am ready.

What can someone who has yet to see you live expect to see from your performance?

I have a new album out Tribute, Which I am excited to say is currently hovering around the top three positions on the roots report charts in the US and Canada so I will be doing songs from that album -all-new original rock, blues and soul songs along with a few country blues cover songs from an album I’m working on right now that will be released later this year

During the downtime, I mixed,  mastered, and released Tribute My 12th full-length record which just came out in October. I’ve also been compiling songs that I’ve been recording over the past few years of country, blues, and folk-rock songs for an acoustic record which will be out later this year.   I’ve done some live streaming, and learned some new programs that make that sound better, I’ve been practicing my solo stuff and rack harmonica and learning more about merchandising, marketing, and web presence. But I miss playing live most of all and can’t wait till we can all get back to it again. And did I mention?  I have a new Chihuahua puppy named Frida!