Countdown to Le Phoque OFF Festival – Interview with Sylvie 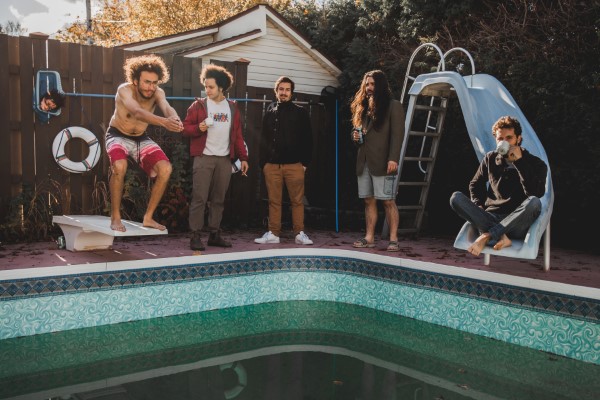 In advance of the festival, we are catching up with some of the talents. First, we spoke with Kristian North, then Yoo Doo Right, and Ariane Roy. Now, we’ve caught up with Sylvie. Check out their latest video for, “L’Été câlice” below, and find out more about Sylvie via our mini-interview.

Sylvie is a bio-musical group studying in rock’n’roll form all that is marvelous within our universe’s great domain. The word also refers to the forestial world (silva in Latin) and to a very popular first name in our aunts and mothers’ 70s generation, from which we derive our mostly noise-bending spirit.

How does it feel to be a part of the 7th consecutive Phoque OFF?

It feels promising and vivifying that we can maintain connections and throw good times with other proactive partners of our cultural and social swellness all over the province.

How do you prepare for a virtual festival compared to a standard festival?

We sit and meditate over the power of the Internet.

That person can expect ending up doing stanky faces over rhythms one doesn’t usually get from a playlist with a sylvie tag on it.

What song of yours would you recommend a new listener to check out?

If you’re a lyrics person, “Tardigrades” might be your best choice, as it’s our only song in English released so far. Musically it’s also a good representation of a portion of our musical forays.

Creativity can also be a disease, dreadful if you don’t take the hit. Yet its unpredictability is also an antidote to stagnation issued from other diseases.