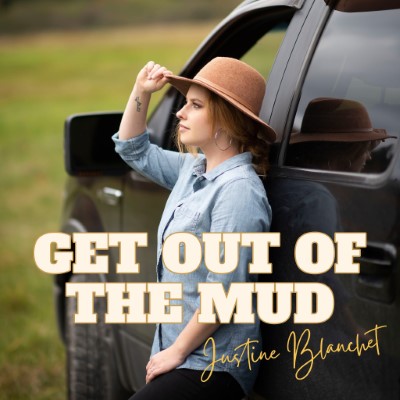 Fans of Blanchet and new country music will love the new upbeat track that uses the analogy of a truck stuck in the mud to express a timely message that bad times are not eternal, and the sun always comes out after the rain.

“Cause I’m feeling stuck, stuck in the mud, got my truck going in circles and it sucks just how much bad times always feel eternal… But I forgot that when it rains (like it did) it leaves a sunny day.”

“Get Out of the Mud” was produced by Yann Bélanger (Emerson Drive) and written by Blanchet. The single is released exclusively to country radio stations as of February 1st and will be available on all digital platforms on February 12. Blanchet also urges fans to stay tuned for the arrival of the official music video for “Get out of the Mud,” set to be released in the coming weeks. The music video was produced by La Clic.

Over the past three years, Blanchet has released eight singles that have been played on several Canadian country radio stations. Blanchet’s songs quickly gained more than 300,000 streams on Spotify and over 1 million views on YouTube alone.