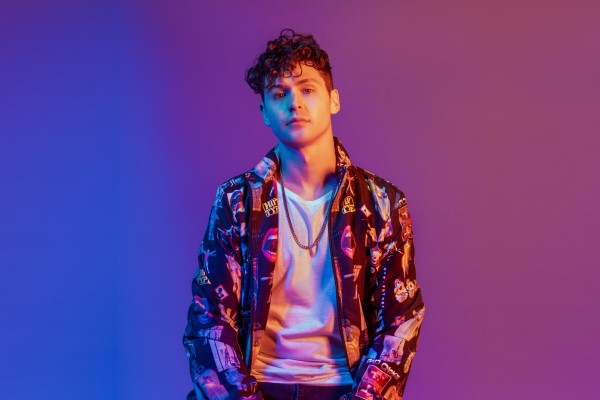 Famba’s new release “Still Call You Mine” represents the start of a new era for the Canadian artist.

“Still Call You Mine” is the first song off his forthcoming EP, Wishes Vol.2, to be released later in the year via Sony Music Canada Entertainment Inc.

In contrast to Famba’s debut EP Wishes Vol.1, the track is a pop-leaning dance production with dynamic vocal performance and vibrant piano, leading up to a catchy chorus that embodies the song’s optimistic tone and narrative of unconditional love. For Famba, this marks the start of a new musical era.

“I really wanted to come back into the dance world. Dance music is everything to me, and I want to showcase my passion for the genre in my own music.”

The Halifax-born artist made his mark in the music scene after his first two major label releases, “Wish You Well (feat. Trove)” and “Swear to God”, each went on to achieve Gold-certified status in Canada. He was later introduced to the American music industry through his third release, “Storm (feat. Kyra Mastro)”, which reached the #1 spot at Dance Radio (Mediabase) and logged over 10 million global streams to date.

Here’s what Famba had to say about his new release.

What’s the story behind “Still Call You Mine”?

The song came together during my first zoom session last year when lockdown first started. We wrote the song in under an hour and I produced the song the next day. It came together so fast, that’s definitely a first for me!

What was the initial lyrical and musical inspiration for the song? Did it shift as you worked on it?

What do you hope to gain from the release of “Still Call You Mine”?

I mean streams and radio play is always nice, but I’m just happy to put music out into the world.

What do you want your fans to gain from the release of “Still Call You Mine”?

I always hope my music can be an escape from reality. Something to listen to when you’re having a bad day or need a mood booster.

Why is “Still Call You Mine” the first single off your EP?

It was the first song I finished for the EP, so it felt natural to release it first.

Why does this song represent a start of a new era for you?

From now on I’ll only be making house music, or just dance music in general. This was the first song that helped me come to that realization.

What prompted this change of musical direction?

I really missed the music I was making when I first started producing years ago. I always play house music in my sets so I really wanted to start making music that will work better in a live setting. I also just LOVE house music.