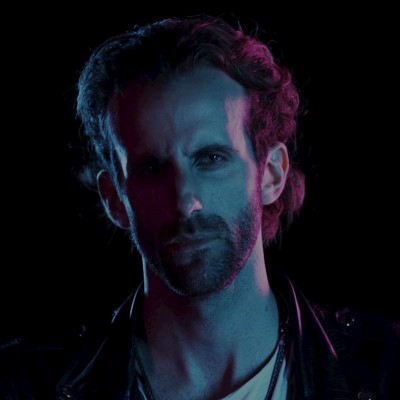 Toronto, ON-based artist, Sean Listro is back with a new single, “Lonely Star (remastered)”. This single follows the success of his previous release, “Feel Your Touch”, and is a funky, synth-heavy track. The newest song is a culmination of Listro’s musical and production experience up until this point. “Lonely Star” is actually the first original song Listro worked on which started out as a drum pattern he was inspired by after listening to Coldplay’s Kaleidoscope EP. The songwriting process was very organic with Listro playing the opening funk riff and improvising lyrics to fit the thematic message of “Lonely Star.”

As he began searching for the meaning of the track, Listro realized the song was about someone who was obsessed with their “notoriety, and affirmation from others.” In this case, the lyrics depict a man’s girlfriend becoming isolated after becoming infatuated with her social media presence.

“I want them [the listeners] to literally feel like they have left their current world, and are transported into a story much like watching a film, playing a video game, and/or reading a book,” Listro says.

Check out the video for “Lonely Star” below, and find out more about Sean via our Five Questions With segment.

My name is Sean Listro and I am an alternative rock artist from Toronto.

My music is heavily influenced by my favorite rock artists including Oasis, U2, Nine Inch Nails, Coldplay, The Beatles, and Hans Zimmer just to name a few. I have always been drawn to music that is progressive and cinematic, taking the listener on an epic journey that leaves a lasting emotional impact. I take that same style and apply it to my own songwriting. With a combination of guitars, synths, and orchestral instruments, my music almost always starts out with less intensity in the beginning, constantly building until it reaches an epic climax at the ending. It’s very similar to watching an action/adventure movie or playing an epic video game. I love taking the listener on a journey, letting the music fill their mind with imagery much like reading a book.

Keeping myself creative has been as simple as doing it every day. Whether it’s sitting with my acoustic guitar and fishing for melodies, or opening up Ableton and playing with different sounds, I never let a day go by where I’m not activating my creativity. In regards to lyrics, if I’m feeling stuck or uninspired, I’ll do some more research on a particular subject I’m writing about, or I’ll pick up a book and read. One technique I sometimes do is I’ll open a book to a random page and whichever sentence or word my eye catches, I’ll write it down. Sometimes it’s as simple as seeing a word in a book you might not have thought of on your own, to allow a surge of creativity to come pouring in. Lastly, listening to other artists’ music is always an amazing way to be inspired and stimulate creativity.

I would suggest listening to my latest single, Lonely Star. I feel it has a sound that appeals to a large audience. It has both an edgy rock sound, but also a fun and inviting pop sound similar to some of U2 or Coldplay’s work.

My favorite Canadian artists are Arcade Fire, The Weeknd, Leonard Cohen, Joni Mitchell, Feist, Death From Above, and deadmau5.