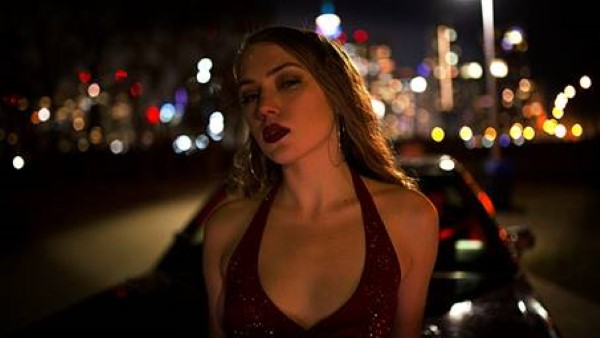 Keeping true to her already-established sound, the 1990s-inspired track takes elements of the Electropop genre — reminiscent of Daft Punk, The Weeknd, and late-era Janet Jackson — with the added surprise of an extremely emotional guitar solo to really up the ante.

“’Tell Me’ was written from the standpoint of someone (me) who is used to the hustle — with little time for romance — but is about getting caught up with someone who they just can’t take their mind off of,” said Jordana in regards to the creation of the four-minute, 20 second-spanning tune.

“It’s about a shift in focus from the things that usually occupy someone’s thoughts, and finding that all they think about now, is this new romance,” she continued. “In a way that sort of takes them by surprise, and makes them wonder if this is a good or bad thing.”

Jordana revealed that she plans to release a music video for the single, and according to her, the video will feature heavy red lighting and include shots of herself and a man driving around what she calls the “more-or-less abandoned, almost post-apocalyptic” streets of Toronto.

“The exchanges, or lack thereof, between [the man and I], suggest that I’m singing to someone else entirely; distracted by this other person and paying little attention to what’s going on around me.”

“I created this narrative and aesthetic to mirror the real place of where the song came from,” Jordana concluded. In two words alone, she described the “aesthetic” of the upcoming music video both “cinematic” and “raw.”

Give “Tell Me” a listen, and find out more about Jordana of Earth via our mini-interview.

Hey guys, my name is Jordana of Earth and I’m a singer, songwriter, and multi-disciplinary artist from Toronto.

Tell us about the recording process behind “Tell Me”?

Tell me was written and recorded in my home studio. I live alone, so during the first lockdown of the pandemic, I was very isolated (as was everyone). The main thing I had to fill my days was my music, and at the time, everyone was online more than ever. So a friend of mine, a fellow musician, started a daily songwriting collaboration project. Basically every morning a piece of music would be released to the group and a ton of musicians from all over would jump on and add something, to produce a finished song by the next morning. Through this collab challenge, I met artist and producer Caleb Elias G (be sure to check him out on Spotify!) and we started working together remotely, just the two of us. Caleb would send me instrumentals or I would send him vocal ideas and we just started writing songs together. I was at home, in Toronto, and he was in Tel Aviv. Around this time, I was also trying to navigate my love life within this strange new world — some details of which ended up being the subject matter for Tell Me. So the recording process itself, along with the interpersonal place from where the song came, all seemed to veer back to this place of balance between distance and intimacy. So to me, everything from the lyrics, to the synth, to the guitar solo — they all seemed to emanate this feeling. While I was writing, the imagery of empty streets, city lights, and a certain moodiness were always in the back of my mind. This imagery all really comes through in the music video for Tell Me, out now on YouTube.

The highlight of 2020 for me was in February, almost a year ago, with the release of my first single, Leave the Light On. And then every song that came after that. Considering everything, 2020 was pretty good to me.

My goal is to continue to be consistently collaborating, writing, dropping music, building on the visuals to accompany all of this, and (hopefully soon!) performing. Really, anything beyond that is just an added blessing.

Wow, so many people! But I would really love to work with FKA Twigs.