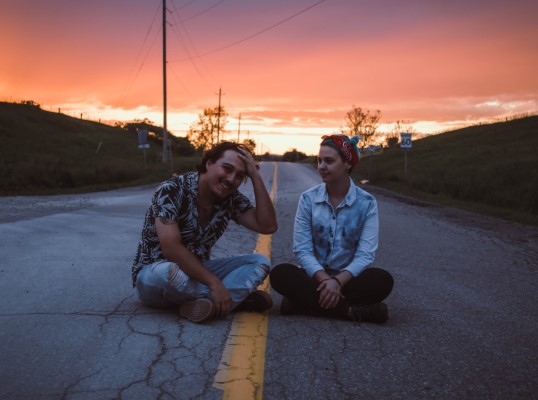 Toronto-based, Australian-Canadian indie-rock duo, FXRRVST have decided to use the circumstances of 2020 to their advantage. As the world was stocking up on necessities and locking down in the early part of the year, Matt Fuentes and Holly Forrest issued Dear Friend; Part 1, which spawned two singles, “Bad Things” and “This Rough Patch”, which racked up a combined 355,000 plays on Spotify.

Now, they are back with “The Story Doesn’t End At Chapter 14”, the second single, and opening track from their forthcoming release Dear Friend; Part 2, a new EP that serves to both continue the path laid out on Part 1, while also pushing the duo into new territory.

The new single demonstrates FXRRVST’s knack for crafting undeniably hooky indie-rock songs while conveying a serious and important message. “The Story Doesn’t End at Chapter 14” is a song about letting someone know they have support when they need it, and that they aren’t alone. It focuses on the desire to help someone enough to continue their ‘story’, whether a friend, family, or even yourself. Although the song was written long before the current pandemic started, the meaning behind the song is even more relevant now.

“We are so happy with how the video turned out,” says Fuentes. “The one thing we really love is the message. We don’t want to spoil anything, but one thing people don’t realize is that it’s not one incident that ignites mental health issues. Sometimes it’s a bunch of little things that just poke you enough times to send you off the edge. But, with enough help and will, you can change your story for the better and make it to Chapter 15 and beyond”.

Check out the video below, and stay up to date with the duo via their socials.