DillanPonders releases “King Of The Town” 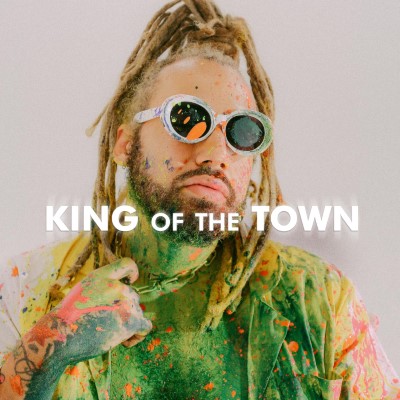 “KING OF THE TOWN” showcases DillanPonders hard-hitting, infectious rap/trap beats and unique smooth flows and husky, gruff voice that his fans love him best for. “KING OF THE TOWN” is all about unwavering self-confidence and having your own back. The song opens with the fan-favourite line “lotta people hold you down, just to watch you drown” and is best enjoyed with the volume turned way, way up.

“KING OF THE TOWN” was released as the third and final single off his widely celebrated full-length album BECAUSE WE’RE ALIVE which made its full release in December 2020 rounding out the year for DillanPonders. The Toronto native of Jamaican and British descent, has made his mark on his city’s music scene with his often-imitated flow, psychedelic lyricism, and raucous stage performances. DillanPonders continues the momentum with this brand new video. Check out the video for “KING OF THE TOWN” here. Check out BECAUSE WE’RE ALIVE here.

Share this:
Related ItemsDillanPondersKing of the TownNewNew Musicnew single
← Previous Story Spend February 14 with Don Amero & Friends for “A Date With Don”
Next Story → PREMIERE – Michael Menegon releases video for “Connected…not the same”