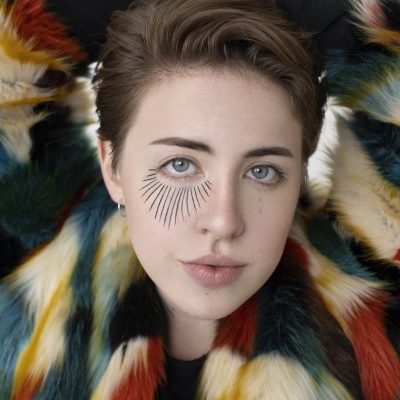 In preparation for their upcoming debut album, Humor, innovative electro-dance artist, Russell Louder, is back with their cerebral and enchanting new single, “Home”.

Borrowing inspiration from the Eurythmics, Florence and the Machine with a hint of Fleetwood Mac for good measure, the Charlottetown-born, Montreal-based Louder says the single “is the introduction. It is the wandering protagonist who sets the tone for the entire album. The idea of finding “home” is now a question, not an answer. Elements of preparation, the romanticizing of arrival, deep, deep uncertainty, pain, lack of belonging – yet bursting with hope.”

Louder’s upcoming album, Humor, is set to explore themes of liberation through an exploration of memory, grief, and identity, with each song representing different characters with some overlapping.

Russell Louder first broke into the Canadian music consciousness in 2019 after they were shortlisted for the CBC Music SEARCHLIGHT competition, and has since been called “a star in the making.”  “Home” is now available for streaming on all major platforms, while Humor will make its debut on February 26.